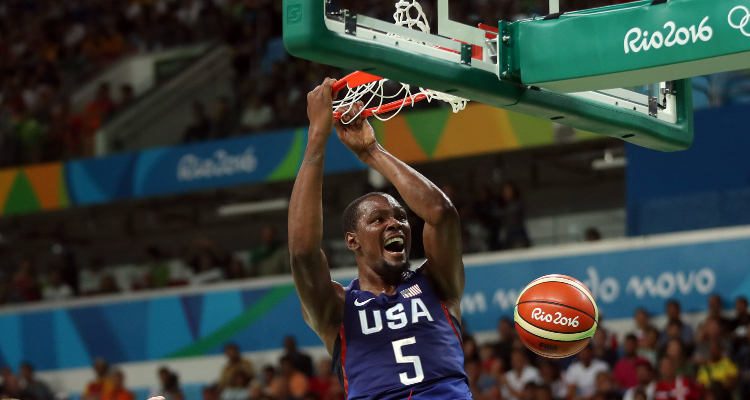 The king of the Cleveland Cavaliers, LeBron James, is basking in the pleasures of being one of the best NBA players his 2016 NBA Finals victory against the Golden State Warriors.

They will soon have to face the Warriors ‘Super Team’ of tough players including Stephen Curry and Kevin Durant, who may wipe out the Cleveland Cavaliers next season. The Warriors are anxious to win the 2017 NBA championship title. But it`s not as easy as it sounds. They have to face James—who is one of the best basketball player on the planet!

Rumors of James training harder than ever have surfaced after Durant signed with the Golden State Warriors. Though James claims the Warriors are not the driving force behind his extensive training, he admits to seldom training hard.

Let`s take a look at the workout routine and diet of the champions to see how they are gearing up for the upcoming challenge.

“Before competition for me would be like a chicken breast and maybe a little pasta. The carbs help because you’re going out and playing a lot of minutes,” James told Business Insider. “But a salad and some veggies will have me perfectly fine. And before the game I might have a protein shake and some fruit, and I’ll be ready to go. But as far as pies or pizza and sandwiches and french fries – I can’t. I’ll wait for that after the game. I can’t do that before the game.”

In the off season, James works out five days a week, and increases it to seven days a week before the commencement of the match.

His workout depends on how he feels. Sometimes he likes working out at home, and sometimes in classes—VersaClimber or spinning classes.

During the season, he is occupied with basketball. He doesn`t follow a specific workout during the basketball season, as it`s a good enough workout for him.

Durant has immense strength and agility. His workouts are designed to develop mobility, strength, and shooting drills.

Before the match, Durant consumes a light meal of fish and vegetables. After the game, he eats a fulfilling meal of chicken and rice, steak, or oats.

He loves to eat fruits and yogurt of different flavors.

The lightning quick athlete has managed to stay healthy since his early ankle problems, thanks to his yoga routine. To build balance and core strength, he loves to practice the single-leg hip airplane pose. For strengthening the glutes and hamstrings, he does textbook trap-bar dead lifts.

Let`s cross our fingers and see the Cavaliers-Warriors on the field next season.