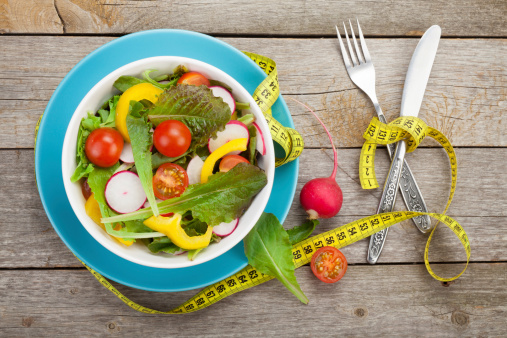 Paul Arciero, an exercise scientist at Skidmore College, New York has been conducting research on balanced diet and weight loss. The findings of his study show that a balanced diet rich in proteins and low calories with on-and-off fasting helps to achieve long-term weight loss.

Arciero calls this miraculous diet a P-CR diet (protein-pacing, calorie restriction diet). As the name suggests, this diet cuts back on calories while increasing the quantity of protein in the diet. In addition to healthy weight loss, the P-CR diet also enhances heart health, helps the body to detox by releasing PCB toxins from fat stored in the body, and reduces oxidative stress.

The exercise scientist is well-respected by his peers. His findings and research work appeared in the International Journal of Environmental Research and Public Health. Arciero’s previous works have also been featured in other scientific journals. The July 30 edition of Nutrients (Arciero-Protein-Pacing & Body Composition) and the August 29 edition of Frontiers in Physiology (Arciero-Protein-Pacing & Heart Health) are some of his works that show the improvements achieved in the body’s physique and vascular health.

It was found that the 12-week P-CR diet plan was quite effective at reducing body weight (more than 24 pounds, or 10%), arterial stiffness (12%), oxidative stress (25%), and increasing toxin release (25%) in both men and women. Furthermore, over the 52-period phase, the P-CR diet proved better than the tradition healthy-heart diet in maintaining weight loss, releasing toxins, and reducing artery stiffness.

Environmental pollutants and other toxins are stored in the fatty tissues of the body. When fat breaks down during weight loss, these toxins are released into the bloodstream, causing a negative impact on the body. This could increase oxidative stress resulting in the risk of developing serious conditions like cancer, reproductive and fertility problems (hormone disruption), Alzheimer’s disease, Parkinson’s disease, and heart disease. This is where the P-CR, low-calorie diet shines. Arciero’s findings confirm that a P-CR diet does not increase disease markers as it helps to detoxify the body and reduces oxidative stress.

The objective of the first 12-week phase was to see the ability of the P-CR diet to achieve successful weight loss. Defined as 10% starting body weight, the weight loss was achieved with a mean weight loss of 25 pounds. Male participants ingested 1,500 calories per day while the female participants ingested 1,200 during this 12-week phase. In the diet, 30% of the calories came from lean protein, 45 % of it from unrefined carbohydrates, and 25% from healthy fat.

Staying true to the P-CR diet routine, the participants also underwent fasting to cleanse the system. During the fasting period, the participants ingested 300 to 450 calories. These were from plant-based food sources that were high in antioxidants.

After the success of the first 12-week study phase, the second 52-week phase was used for a comparative study between the results of P-CR diet and the traditional healthy-heart diet. All the participants, irrespective of the diet, ingested about 1,900 calories a day. Only the P-CR dieters underwent intermittent fasting either once every two weeks or once a month.

The participants on the heart-healthy diet followed the guidelines set out in the National Cholesterol Education Program. They ingested 50 to 60% calories from carbohydrates and 35% of calories as fat. Their diet also included 20 to 30 grams of fiber and less than 200 milligrams of cholesterol per day.

At the end of the 12-month period, the study showed that there was a significant discrepancy in the results. The P-CR diet excelled in comparison to the heart-healthy diet by eliminating toxins from the fat stored in the body, reducing blood vessel stiffness, and maintaining weight loss.

The dieters on the P-CR diet gained back only one and a half pounds of the weight they had lost, whereas the participants on the healthy-heart diet regained 12 pounds, most of which was fat. That fat also highly likely restored toxins back into the body.

With scientific facts to support the P-CR diet, Paul Arciero is trying to make people aware of importance of diet choice. He says that the quality of a diet is very important. He is of the view that through a strategic diet, we can achieve successful weight loss, accelerate the detoxification process, reduce oxidative stress levels, and decrease artery stiffness.