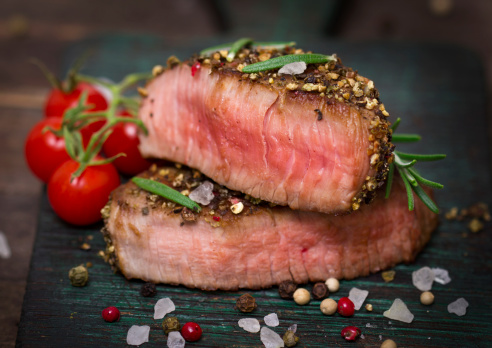 The U.S. Department of Agriculture’s (USDA) Food Safety and Inspection Service (FSIS) announced yesterday that mechanically tenderized beef would now require a label, including cooking instructions, to protect against foodborne illnesses. Although it’s not widely known, beef that is blade- or needle-tenderized can move certain pathogens deep inside beef, which is thus impossible to kill unless the meat is cooked well-done, completely through.

This increases the risk of developing a foodborne illness, which is why the USDA and FSIS announced new regulations to protect consumers.

“Ensuring that consumers have effective tools and information is important in helping them protect their families against foodborne illness,” said Under Secretary Elisabeth Hagen. “This proposed rule would enhance food safety by providing clear labeling of mechanically tenderized beef products and outlining new cooking instructions so that consumers and restaurants can safely prepare these products.”

Mechanically tenderized beef are put through a process to soften beef, by poking sharp blades or needles throughout the beef, to break apart muscle fiber. However, this process also moves pathogens on the surface of beef—which would be removed if cooked at a normal temperature—internally, thus requiring that these cuts be cooked at a high temperature, to avoid foodborne illnesses.

There have been at least five known outbreaks from mechanically tenderized beef, according to the Centers for Disease Control and Prevention (CDC), due to improperly cooking the beef completely through.

The new rules, which become effective January 2014, require that mechanically tenderized beef be labeled so consumers can cook the beef properly and avoid foodborne illnesses.