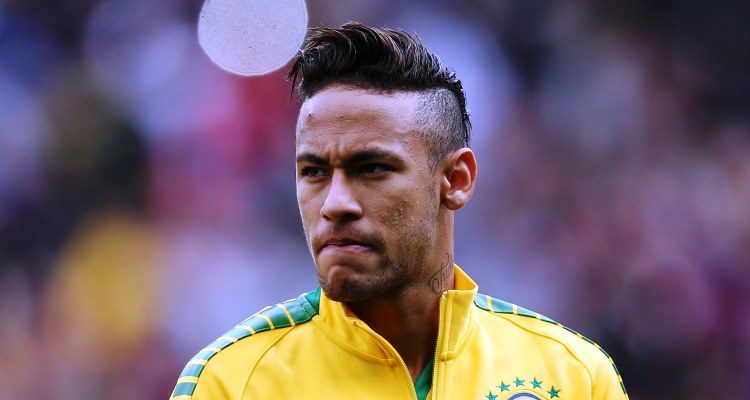 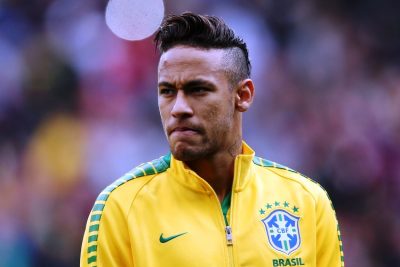 Neymar da Silva Santos Junior (a.k.a. Neymar or Neymar Jr.) is on top of his game. The forward for FC Barcelona will compete for soccer gold against Germany in the finals at the Rio Olympics 2016 on Saturday, Aug. 20, and Neymar’s workout and training routine is the talk of the Olympics. The 24-year-old can be found hard at work on the field prepping for his gold medal match against Denmark. In fact he was working hard weeks before the Games even started:

The star striker scored twice in Brazil’s 6-0 semifinal men’s tournament win against Honduras on Wednesday in front of over 70,000 cheering fans.

The two Neymar goals helped Brazil advance to the finals against Germany, who defeated Nigeria 2-0 in the other semifinal. Neymar also set up one of forward Gabriel Jesus’ two goals of the day, while defender Marquinhos scored the fourth goal of the game in the 51st minute; Luan added a goal in the 79th minute on a perfect cross pass from Felipe Anderson.

Brazil is now looking for revenge against Germany. The Germans embarrassed Brazil 7-1 in the World Cup semifinals two years ago. The Olympic gold medal is the only top prize that Brazil, a five-time World Cup champion, hasn’t won in soccer.

What Is Neymar’s Fitness Routine?

Neymar’s fitness routine includes weightlifting (with lots of rest time to recover)—but he also has fun with his workouts. Neymar’s fitness regime includes cardio exercises such as cycling, tennis, running, swimming, and golf. Neymar’s training ensures that he is ultra-prepped for a 90-minute soccer match.

Neymar consumes a balanced diet to maintain his game shape. Although he might want to eat whatever he wants, a world-class soccer talent like Neymar must eat healthy to compete with the best players in the world. Neymar’s diet consists of protein, carbs, and salads (he reportedly eats salads every day).

In 2015, Neymar followed a balanced diet plan with the advice of nutritionists who work with FC Barcelona.

He may have a personal chef, but Neymar’s diet is full of healthy foods that you can grab at your local grocery store (i.e. spinach, eggs, beans, and rice).

From time-to-time Neymar will indulge in other foods, like pizza, pasta, hamburgers, spaghetti, and Spanish tapas. Those might not seem like good food choices for a world-class athlete; however, Neymar’s metabolism and workout regimen allows him to burn off the extra calories.