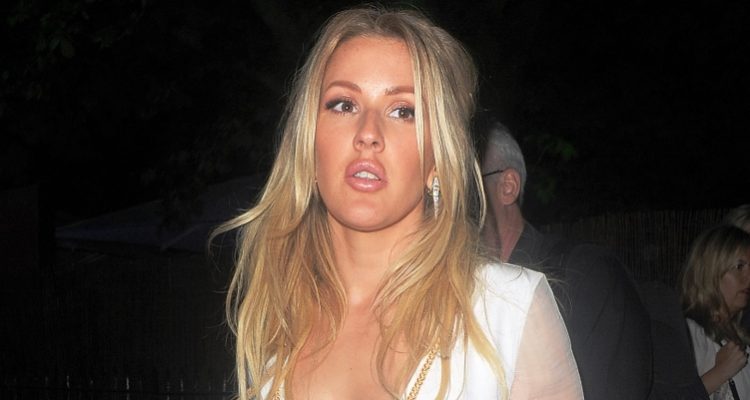 Ellie Goulding has become super slim and here is the evidence. She Instagrammed a pic flaunting her incredibly toned and slim legs.

On this radio tour with some mad talent…. these guys have been killing it. @niallhoran @shawnmendes ?? #fangurl

She posed backstage at the Jingle Ball 2016 concert in Boston and took to Instagram to tell her fans that she was on a radio tour. Her friends, Niall Horan and Shawn Mendes, accompanied her on the tour.

Goulding had weight issues since childhood and a healthy diet was far away from her plate. She consumed a lot of junk and processed foods. She was never keen about working out which resulted in more weight gain.

She often overlooked the wonders of healthy eating and workouts. She told Look magazine that she was very insecure with her body and was afraid to go out.

Knowing the consequences of nutrient-deficit food, Goulding now adheres to a vegan diet. A vegan diet is dense in fiber and packed with nutrients. It is also low in calories and can help to effectively trim down. Her diet now consists of wholesome foods. Unlike other celebs who consume five to six meals per day, she only has three!

Her day starts with a kale and Swiss chard juice drink. In order to stay in shape, she consumes meals prepared by her nutritionist and chef, Mary Mattern. Her diet consists of juices, tofu, scrambled eggs, sweet corn, and pea and broad bean burgers. The vegan diet has helped Goulding shed fat from her belly, waist, arms, and thighs as well as endowing her with an hourglass figure.

Goulding loves running as part of her workout routine. She is so keen about it, that even after a tiring day, she can go on a long run to relax herself. She also runs for 25 minutes to get to the gym. She runs up to six miles everyday, even when she is touring. She doesn’t step back from running prior to her stage performances either—she drinks a healthy and nutrient-dense beverage post-running and hits the stage.

Yoga is her energy-boosting workout which she does regularly and confesses that it has made her stronger, leaner, and more energized.  Goulding has also incorporated Capoeira into her fitness routine. It is a combination of Brazilian dance and martial arts. This type of exercise keeps her hips moving, giving her a toned butt. She also enjoys working out to Barry’s Bootcamp.

She posted a kickboxing workout video a little while ago on her Instagram account. By the looks of it, the British songwriter and actress is athletic and has immense power in those kicks.

Ellie Goulding was not blessed with hard and strong muscles overnight. It takes a lot of hard work and dedication. A clean diet and a love of working out regularly has changed Goulding’s life for the better and she is in the best shape of her life. She has set the best example for her admirers!