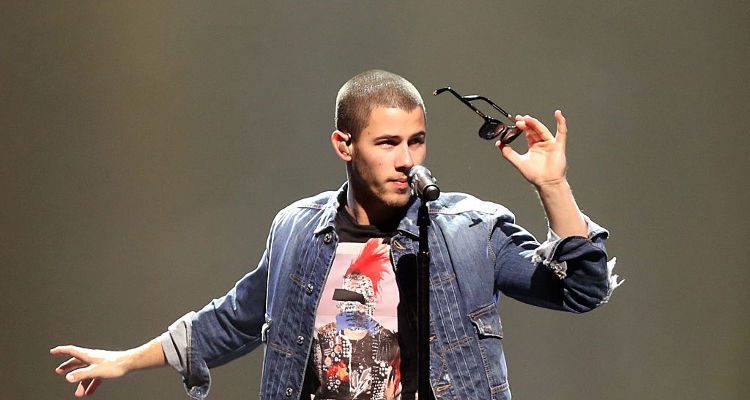 Baywatch, the action-comedy film based on the iconic TV series of the same name, is slated to be released in 2017. The movie’s star, Efron, shared a photo on Instagram and captioned it “Halloween pickups.” The actor looks incredible with his well-toned arms. It is no wonder that the pic has already received over 1 million likes.

Tuesdays’ workouts are reserved for a certain body part for superstar recording artist Nick Jonas. He shared a video captioning it “Tuesday=chest day…” The video shows a series of chest workouts performed by the 24-year-old singer.

David Beckham’s eldest son, Brooklyn, is intensifying his efforts in the gym. He shared a video on Instagram where he is seen flexing his muscles.

The fitness regimes of these celebrities would suit their lifestyles. Let’s find out more about their workout routines and diet plans.

Jonas’ well-toned body is a result of his workout regimen that includes chest workouts. He is dedicated to his fitness regime, and his personal trainer Gregg Miele shared how the singer achieved his ripped looks.

The singer’s workouts include quad mill squats (or regular squats if there’s no quad mill around), pull-ups with grip variations, and prowler sled pushes. He also includes training with barbells with a renegade attachment, and exercising with dumbbells with Fat Gripz—or a towel wrapped around the handle. Next, he works on VertiMax lifts at a VertiMax station, and climbs for 200 feet on a Jacob’s Ladder. He would perform this block of exercises for three rounds.

Jonas’ next set of exercises would include some Skorcher hip thrusts set up in a Skorcher station, TRX recline pull progressions, board drop push-ups, power pulls, ERG chops, and ERG standing swimmers. He would perform around 30 reps on each leg.

To manage a healthy lifestyle, Jonas is conscientious about having a proper diet. He is type 1 diabetic, and in an interview with Men’s Fitness, he shared, “When I work out, my blood sugar goes up. But then about an hour and a half later it drops down low. So, post-workout I would have to not only have protein to rebuild muscle but also carbs to sustain my blood sugar. So when I cut a lot of carbs out of my diet, I had to be conscious of that.”

His diet includes lean protein for lunch and dinner. He would likely add veggies and nuts for these meals. Breakfast could include an omelet with veggies and some fruit.

Efron achieves his enviable body through a focused fitness regime. To don red swimming trunks for his upcoming movie, the actor performed an intense workout that shaped his body.

Celebrity trainer Patrick Murphy helped with Efron’s training. Murphy shared with Men’s Fitness that the actor reached 5% body fat within a 12-week training period. Working on a three-day split, Efron works out on back and biceps one day; legs the next day; and shoulders, chest, and arms on the third day. The main feature of his workouts is doing two exercises back-to-back with no rest in between. This works as a good cardio workout, burns more calories, and helps muscle growth.

The California-based star follows a strict diet plan. He steers away from carbs and sugar. His diet includes leafy greens, organic grass-fed, and free range protein.

The 17-year-old follows an intense workout regimen. His toned physique is a result of his dedicated approach to workouts. Brooklyn is a budding photographer and likes sharing his workout pics and videos on Instagram.

He hits the gym to perform tricep push-ups and squats, and he is a SoulCycle follower. He likes working out his upper body and is very focused on an abs workout.

Brooklyn balances his fitness regime with a healthy diet. He likes to indulge in healthy smoothies. He also shared healthy food habits with his ex-girlfriend Chloe Grace Moretz, and the two were regularly seen eating healthy lunches together. They also shared workout dates, which included hitting the gym together for boxing sessions.

A-listers Nick Jonas, Zac Efron, and Brooklyn Beckham are dedicated to their fitness regimes. Each star’s approach to following a healthy lifestyle is inspirational.