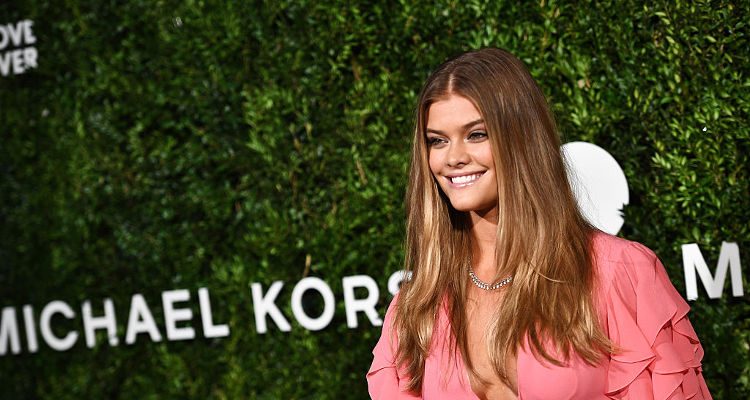 Leonardo DiCaprio’s girlfriend, model Nina Agdal, showed off her rock-hard abs on Instagram recently which proves she’s dedicated to fitness and takes her workouts seriously; and she may be tougher than you think!

The 24-year-old beauty was interviewed by Entertainment Tonight at her regular hotspot Overthrow Boxing Club in New York City last week where she revealed her secrets to staying in great shape.

Sports Illustrated model Nina Agdal has a few things one would envy; for starters, she is dating Leonardo DiCaprio, and well, she could probably kick your butt in the boxing ring.

When interviewed about her workout regimen, Agdal went on to explain that one thing she never regrets is working out because it always makes her feel good in the long haul, unlike a slice of pizza or a glass of wine. It doesn’t mean Agdal doesn’t indulge—in fact, she admits that she’s not the best when it comes to her diet as she doesn’t like to feel restricted. She does indulge “all the time” but makes up for it by working out really hard. When she cheats, she likes to get a Frappuccino with whipped cream but knows she can’t do that kind of thing every day.

She often eats Greek yogurt with honey, lean protein, and vegetables. When she has a big shoot, she thinks more about how much she’s eating and calorie intake so that she can keep things balanced. She follows a mostly protein diet.

Agdal’s favorite workout is boxing because she loves that it works out the whole body, and it’s the type of workout that you can get better at over time. She also loves the combination of cardio, strength building, and the fact that it’s fun.

Because Agdal is currently dating DiCaprio, the two are often hounded by paparazzi, and she admits that is one of the downsides of their relationship and lifestyle. However, she says she deals with it even though she doesn’t love to be photographed on vacation in her bikini.

She’s developed strategies, though, to ensure she looks incredible no matter what angle the paparazzi catch her at. On days where she is going to wear a crop top or bikini, she sticks with a light diet—juices, protein bars, or shakes. Most other times, she really enjoys high-protein smoothies, leafy green salads, and protein like chicken or steak.

She advocates on behalf of protein shakes for women who are maybe scared to try them or are misinformed about their benefits. Agdal explains how important it is to intake protein when you follow a rigorous workout. Not only does protein keep you full but it also tones, repairs, and strengthens your muscles.

This is why she’s teamed up with Muscle Milk to promote their newest Coffee House protein shake. Since Agdal works out so often, it’s not a stretch to assume that she hydrates well by drinking plenty of water as well.

Sources:
Kirby, I., “She’s a knockout! Nina Agdal shows off her incredible abs in the boxing ring as she works up a sweat at protein shake launch” Daily Mail; October, 22, 2016; http://www.dailymail.co.uk/tvshowbiz/article-3857392/Nina-Agdal-shows-incredible-abs-boxing-ring-works-sweat-protein-shake-launch.html; last accessed October 23, 2016.