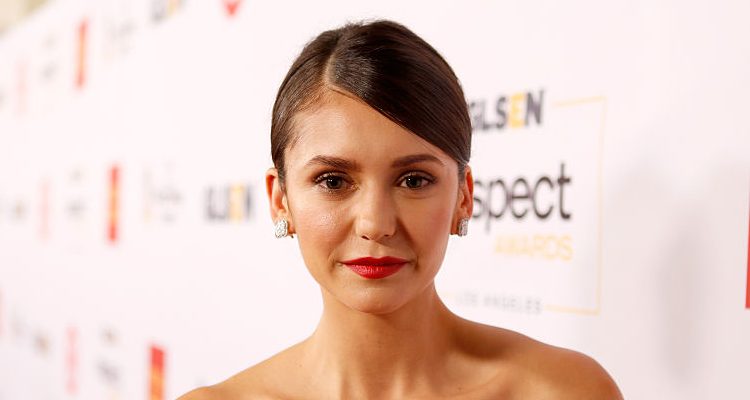 The Vampire Diaries season 8 finale is fast approaching, and so far, Nina Dobrev has yet to make a comeback appearance on the show. Rumors and speculation point to her rift with co-star and former love interest, Ian Somerhalder, as the primary reason for her lack of being part of the final season of the hit show. But many fans are really still hoping that Dobrev will return to The Vampire Diaries to fully wrap up her character’s arc and story line, which some feel was left open when she departed from the show.

A few months back, the show’s producer, Julie Plec, told Entertainment Tonight that she and Dobrev had spoken, and that she knew the actress wanted to be part of the finale in some way for sure. She said, “I, of course, 100% want her to be there, and so it just comes down to stupid things like scheduling. Honestly, let’s put it this way: I would be devastated if it weren’t to work out, so I have a feeling the cards will be in all our favor.”  Unless it is a very well-guarded secret, it doesn’t look all too promising for a return at this point. But in TV land, you never know what will happen.

Dobrev continues to stay fit because she always has one project on the go or another, even if it isn’t the one fans want her to do the most right now. She recently shared an Instagram pic of her dancing with her dance partner, where he’s holding her as she bends backwards.

??ing with my dance partner @julztocker

Growing up, the actress, 27, was involved in gymnastics and dance, and are two activities she still loves to do, as is evident by her post. Not only does she have a deep affection for dance, but she seems to be really good at it, too.

Fitness has always been a huge part of Dobrev’s life and she loves working out. It makes her happy. Her two favorite exercises are running and yoga, but she also loves to do spinning classes. Bikram yoga, a type of hot yoga, is her go-to pick. Yoga has changed her body 100% she says, because it tones and leans out the entire body.

The former Degrassi: The Next Generation cast member also trains with a personal trainer, Steve Moyer, of The Moyer Method. When they work out together, the focus is on developing solid core strength and overall fitness that includes coordination, balance, endurance, and flexibility. Their workout sessions typically last 60 minutes.

Moyer says the actress is devoted, focused, and highly self-motivated. Some of the exercises he has her do are lunges, squats, planks, and a medicine ball walk, which is great for developing the inner thigh muscles.

He also stresses a balanced diet for each of his clients. The diet is correct-carb (his terminology), and includes few processed foods and lots of vegetables. Nina Dobrev doesn’t drink alcohol and likes to snack on healthy items, especially the KIND bar.