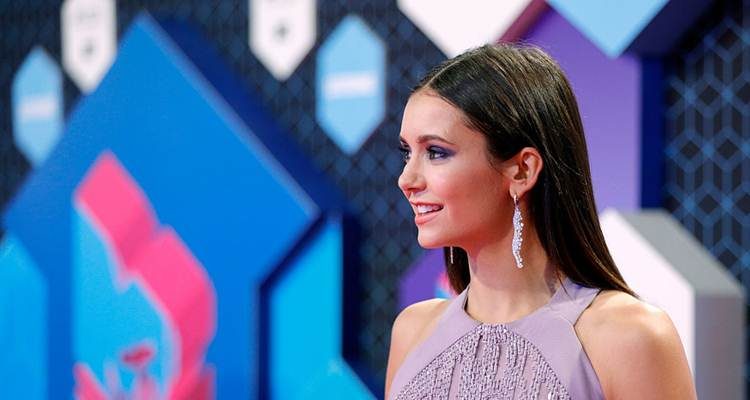 The 2016 MTV EMAs were this past Sunday in Rotterdam. Some of music’s biggest acts from around the globe were in attendance for the event, as well as celebrities to help hand out the awards. On that list was The Vampire Diaries star, Nina Dobrev.

The Canadian actress wore a glittering lavender Elie Saab dress with light purple suede and gold leather sandals to present a trophy; she looked fit and fabulous thanks to regular yoga workouts. Her dress matched the purple trophies given out in Prince’s honor, who passed away suddenly in April of this year.

Nina Dobrev’s return to The Vampire Diaries is still in limbo and nothing has of yet been confirmed, but fans are definitely getting excited about the prospect.

Julie Plec, the executive producer of the show, had said Dobrev promised to return to the show for its finale. The actress is apparently staying true to her word, so it is literally just a matter of letting them hash out a deal so that Dobrev can return and wrap up what her character needs to do.

Yoga and other athletic activities, as well as following a diet that is healthy and portion-controlled, not to mention a vegetarian (not vegan) diet, are all parts of Dobrev’s secrets to having a fit and firm body. The Canadian actress has always had a slim physique thanks to low-carb foods, effective workouts, and continuous training.

Staying active is a major part of her life—so much so that they even built her a volleyball court on the set of the show! Dobrev loves volleyball. Her fitness addiction started early on. Growing up, Dobrev was heavily involved in gymnastics and even competitively participated in the sport.

These days, Dobrev can be found horse riding and swimming, as well as hiking and snowboarding. Most of her hobbies and free time involve some kind of physical activity, so it’s easy for this brunette beauty to keep her shape. Finding activities that you love is the key to making workouts a regular part of your daily life.

Other activities she loves to do—yes there are more—are running a few times a week, Pilates, and barre workout classes. Bikram yoga (hot yoga), is her favorite kind of yoga. She practices with a personal trainer three to four times a week. She told Seventeen magazine in an interview once that, “when I work out, I feel happy, confident, and accomplished.”

Another of this star’s secrets is working out with celebrity trainer, Steve Moyer, of The Moyer Method. Together, they focus on core work and all-around fitness that includes strength, coordination, balance, flexibility, and endurance. Moyer says Dobrev is devoted, focused, and self-motivated, and is a real pleasure to work with.

Some of the exercises he has her do include basic lunges, jumping lunges, walking lunges, reverse lunges, squats, and a medicine ball walk. To tighten the mid-section, he has her do plank push-ups, plank reaches, and side planks.