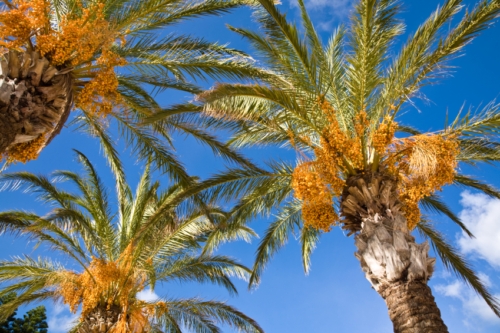 It’s bad enough that Bangladeshis are learning that a popular palm sap wine drink is behind several Nipah virus outbreaks but possibly worse is the reason why—infected bats have been drinking from the palm sap (as it trickles out of the spigots) and peeing into collection jars.

Now, although the Nipah virus has popped up now and then in nearby countries like India or Malaysia, for some reason there are almost annual outbreaks within Bangladesh itself, some of which tend to cluster around the winter time. Epidemiologists managed to figure out that one source of the infections was the sap of the date tree.

People liked to put a spigot in the tree and drink from the sap, providing a nice sweet drink that is popular in the winter. Bats also like the sap and their infected saliva would mix in with the flow. This discovery led to the Bangladeshi government instituting a “don’t drink the sap” campaign and it was hoped that the cyclical outbreaks of the Nipah virus would stop.

Unfortunately, the outbreaks continued. This puzzled epidemiologists since the bats and sap had such strong connections, yet people were reporting no contact with bats or sick animals and denied drinking the raw sap. It took a bit of digging and the help of local anthropologists to find out what was going on. As it turns out, Bangladeshis were not drinking the raw sap, but they were making wine out of it.

That last point about the taboo is why it took so long to identify palm wine as the culprit. Fear of social repercussions and stigma were why even relatives of those who died from the Nipah virus were reluctant to bring it up. It took the help of the anthropologists, who understood how to earn local trust and ask careful questions, for the pattern to emerge.

This is far from the first time where taboos or prohibitions have interfered with disease investigations. In the U.S., for instance, a 1980’s salmonella outbreak baffled investigators until it was finally tied to contaminated marijuana.

The good news is that keeping the bats away from the spigots is a simple matter of using a bamboo cover to prevent access and not leaving collection jars out overnight. Encouraging people to take these measures has also been relatively easy. The epidemiologists have access to “pretty dramatic” infrared photos of bats drinking from the spigots and peeing into collection jars and the disgust factor alone is able to spur action.