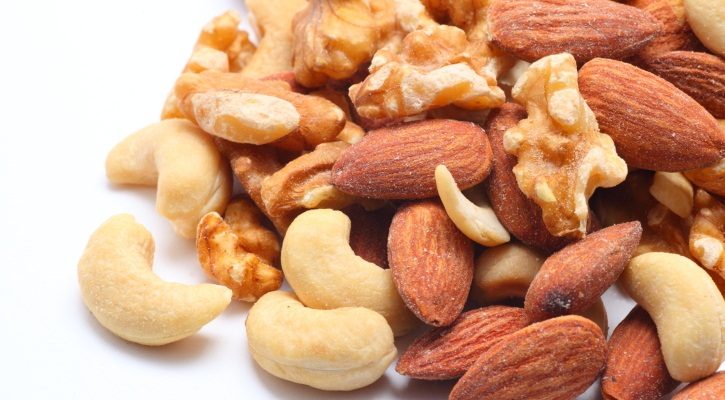 We’ve known for quite some time that nuts are an important part of a well-balanced diet and offer many nutritional benefits including that they are a great source of protein and can be rich in omega fatty acids. They are good for the heart and the brain, but a new comprehensive study shows that they may also be a key to the fight against pancreatic cancer in women.

Pancreatic cancer has the highest mortality rate of all the major cancers and is the fourth leading cause of cancer death in North America, with more than 38,000 Americans and approximately 4,100 Canadians dying from it in 2013.

The study followed 75,680 women with no prior history of cancer who participated in the Nurses’ Health Study. The study, which started in 1976 and ended in 1989, had their nut consumption analyzed(almonds, Brazil nuts, cashews, pistachios, hazelnuts, macadamias, pecans, pine nuts, and walnuts).

Remarkably, on top of the decreased cancer risk, they also found that those who ate nuts tended to weigh less than those who didn’t, which contradicts the common misconception that the fat content in nuts contributes to weight gain.

Nuts have been shown to have numerous health benefits as they contain copper, fiber, folic acid, magnesium, monounsaturated fat, protein, vitamin E, and are rich in antioxidant phytochemicals. In recent years, they’ve been shown to help reduce the risk of heart attacks by more than 10%. For pregnant women, nut consumption has been shown to help decrease the risk of allergies in their children. One study even showed men who consumed walnuts had better quality semen.

So if you’re like me and already include nuts regularly in your diet, please continue. For those of you that are not, here are a few ways to add them to your diet:

• Add them to your salad

• Chop up some nuts and add them to your yogurt

• Add some almonds to your smoothie or shake

• Use crushed almonds as a crust on fish

Remember, as with anything, as long as you keep an eye on portion sizes, nuts can be an appetizing and nutritious part of any diet.