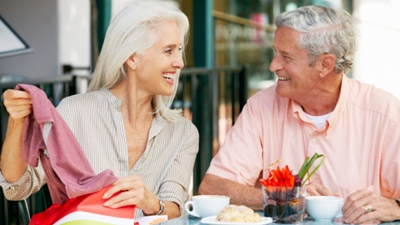 The effects of chronic heavy drinking and binge drinking have been previously well established. It has also been suggested that moderate drinking can actually improve health outcomes.

However, the research regarding the dangers of drinking has been mostly performed on teens and younger adults. What are the effects of inappropriate drinking on older adults?

According to some recent research, older adults who binge drink at least once per month may be increasing their risk of dying prematurely.

This study is one of the few that actually looked at the association between mortality in moderate drinkers who also engaged in binge drinking at least once per month. These people had an increased risk of dying even if their overall intake of alcohol throughout the week was moderate.

This study illustrated the increased risk of dying over a 20-year period in older adults who drank moderately but engaged in monthly binge drinking compared to those who were moderate drinkers only.

“This is one of the first studies to focus explicitly on an older population in examining binge drinking among, on average, moderate drinkers,” said one of the study’s authors.

In this study, adults aged 55-56 were followed for a period of 20 years and their drinking behavior was tracked, as was their death rate. Other factors such as smoking, income, mental state, and current medical issues were all accounted for.

Moderate alcohol intake was considered to be at least 1/2 a drink per day in the past month. Binge drinking was defined as the intake of four drinks over a two-hour period in women and five drinks for men.

The researchers found that the subjects who participated in binge drinking had twice the risk of dying over a 20-year period compared to people who drank alcohol in a more sustained but moderate pattern.

After the 20-year follow-up period, the data indicated that only 37% of the moderate drinkers had died compared to 61% of the binge drinkers.

Considering that this study was a long-term, controlled intervention, the results are quite sobering, no pun intended.

Binge drinking is especially hazardous in older people because they have a reduced ability to detoxify. This pattern of alcohol consumption has been linked to higher rates of chronic disease, accidents, drug interactions, and violent behaviors, all of which can shorten your life. High dosages of ethanol can damage your brain, kidneys, arteries, heart, and your liver.

Regular weekend partying with your friends is fine, but you need to be consciously aware of the number of drinks you have.