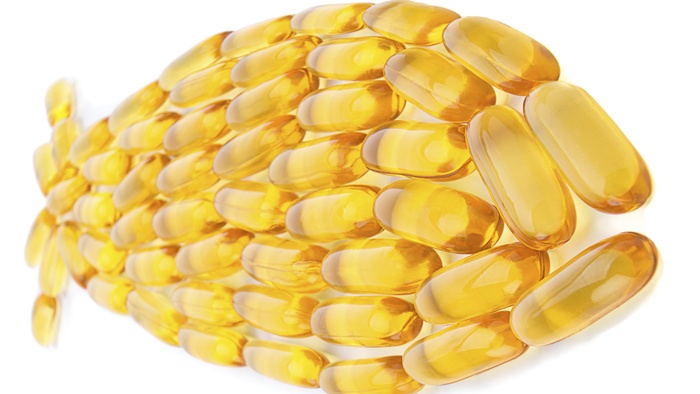 Fish is a great addition to your diet with all that healthy fat, but did you know that fatty fish (think along the lines of trout, tuna or salmon) can help with brain function, too? Research confirms the connection between fatty fish and brain health—but we’re still not getting enough.

The study participants were given a sequence of cognitive tests, which included an attention test where numbers would be repeated forward and backward, a memory test, and an organizational test. The researchers noted the PUFA intake of participants from a questionnaire, and study results were based on test comparisons after a two-year follow-up.

The intake of omega-3 PUFAs was considered low among the 895 participants, which also reflected cognitive decline over the two-year period. For adequate EPA and DHA, U.S. dietary guidelines suggest adults consume eight or more ounces of seafood (or the equivalent of 250 mg) every week. That recommendation was met only by 27% of the participants in the study. Canned tuna (cheap and cheerful) was the major source of DHA and EPA for the participants, whereas there are better quality sources available, such as wild fish.

Are more EPA and DHA necessary from diet or supplementation? Some experts recommend 400 mg of EPA and 600 to 1,000 mg of DHA on a daily basis, whether it is from supplementation or consuming fatty fish. Others quote an EPA and DHA combination of 500 mg on a daily basis, and anything higher should be discussed with your health practitioner. With varying recommendations, it can be hard to know how to proceed.

The evidence is clear from numerous studies, though, that fatty fish does have health benefits. Personally, I take two wild fish oil capsules daily, which contain 660 mg of EPA and 330 mg of DHA each, and I consume fish once or twice a week. But the exact amount you should take depends on you, and should be discussed with your health care provider. Many holistic nutritionists I have met promote the importance of omega-3s, yet the study indicates how Americans don’t get enough EPA or DHA.

The standard American diet consists of plenty of omega-6 foods like meat, dairy and corn; however, the best part—the omega-3s—aren’t present in high enough amounts in those foods alone. So you need to take special care to get what your body needs.

Vegetarians at Risk for Low Omega-3s?

Also interesting, there wasn’t any indication of vegetarians in the study. If the general population doesn’t get enough EPA and DHA, vegetarians must be at risk as well because of their diet restrictions. As someone who has tried vegetarianism, I know that it isn’t easy to consume a lot of omega-3s in your diet, which is why I have continued to supplement with fish oil. The standard vegetarian diet just doesn’t see a lot of DHA or EPA.

Most vegetarian sources of omega-3 are alpha linolenic acid (ALA), which comes from sources like flaxseed oil, soy and walnuts. Because it doesn’t convert to healthy DHA in the body in those forms, it’s best to obtain EPA and DHA from a direct source such as supplementation or fatty fish (fish, of course, isn’t on the vegetarian menu). There are some vegetarians known to convert ALA more effectively than others, and there are also some algae-based DHA and EPA supplements on the market which can benefit vegetarians and vegans.

Fish Oils for More Than Just a Healthy Diet

Make the decision to supplement your diet with omega-3s or consume more fatty fish, for your brain and then some. EPA and DHA can also help strengthen your heart, joints, eyes and immunity. No matter what your diet or lifestyle, consuming fish oil is healthy and goes a long way to helping keep you that way, too!