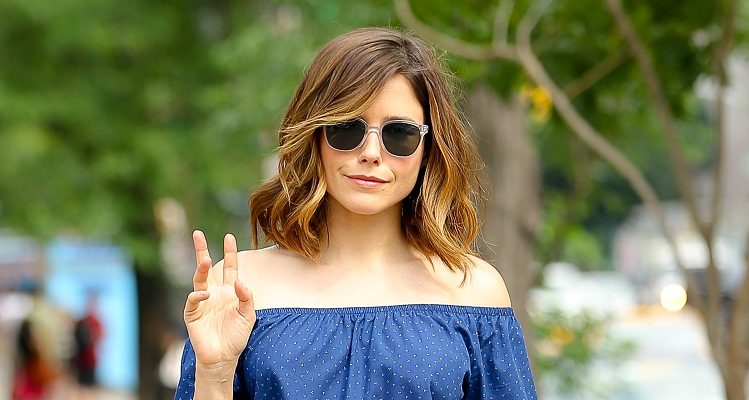 One Tree Hill stars Sophia Bush and Jana Kramer know a thing or two about fitness. Both women look incredible and have fit bodies.

The two beautiful actresses have taken different paths since the end of their show. Kramer has gone on to pursue a quite successful country music career, scoring the Top New Female Artist at the Country Music Awards in 2013. Bush has continued acting in movies and on the small screen.

Kramer grew up singing country music, and stopped when she was about 12 or 13 because she didn’t believe in herself. She ended up going into acting, and moved to California when she was 18 to pursue her acting career.

While she was on One Tree Hill, she started writing songs and dipping her feet back into country music—she would fly back and forth between Nashville and California to see if she could make it as a singer. She even went up to producer Mark Schwahn of One Tree Hill and gave him a tape to listen to—he ended up turning her character on the show into a singer.

The country singer knows she has to stay healthy, and her fitness regimen includes running and outdoor activities. Running helps her clear her head. She loves hiking with friends and playing sports like beach volleyball. Kickboxing is also a love of hers, and she does it when on the tour bus.

She believes in moderation, and she even occasionally enjoys chips. On the road, she knows she can eat whatever she wants because she burns calories touring by being on stage, so she allows herself to indulge.

When she’s home, though, and less active, she sticks to kale salads and generally eats better, because she says eating healthy on the road is hard. A lot of the food is catered, which can often be something like fried chicken, and she will eat it because it’s good, but just doesn’t eat it every day. Balance is Kramer’s philosophy in diet and exercise. If there’s a brownie somewhere, you can be sure she will be snacking on set enjoying it…just not every day.

Being surrounded by junk food while filming on set is a reality for stars, but Sophia Bush doesn’t let temptation get in the way of her diet and fitness goals, and she uses a few simple diet tricks to help her accomplish this. Bush says that on set there are literally donuts, candy, and Doritos everywhere.

Bush eats scrambled eggs for breakfast every morning and has cut out dairy from her diet completely. The actress prepares her own meals when on set, opting for soups when it’s cold out. Her go to snack? Seaweed. She says she can’t get enough of it.

For her role on Chicago PD, Bush trained with a personal trainer who had her do one-hour workouts, four times a week, interchanging full body workouts and split routines. She did high intensity circuits, super sets, and exercises for alignment and posture.