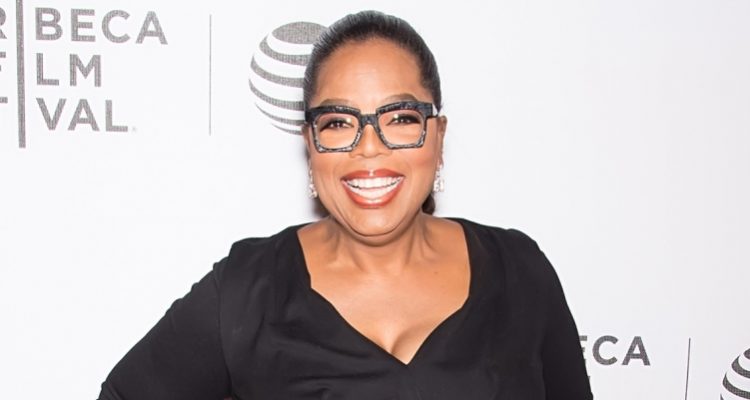 The stunning celebrity revealed  her weight loss of 40 pounds in a new Weight Watchers ad. She has been celebrating Christmas since last week and her Instagram post shows her having a breakfast which includes her favorite food- bread. The hashtag says it all, #ilovebread.

Her best friend, Gayle King, shared some photos and videos of Winfrey on Instagram and they seem to be having a fun time together.

King posted this video on Instagram and captioned it, “Deep Snow deceiving 1min upright next man down @Oprah a good sport”

Are you curious about Winfrey’s weight loss journey? Keep reading to find out more about her fitness regimen.

Winfrey treated her 35,200,000 followers on Twitter with this new Weight Watchers ad. She tweeted, “This time was different from any other. I live the life i want and never feel deprived…and it WORKS.”

This time was different from any other. I live the life i want and never feel deprived…and it WORKS. https://t.co/EUNz6HPmQC pic.twitter.com/eTnZwfRGG0

She revealed that she lost more than 40 lbs. by using the popular weight loss program, Weight Watchers. She said, “I don’t have to choose between weight loss and living well. I live well while losing weight. [Weight Watchers is] easier than than it’s ever been.”

Weight Watchers was founded in 1962, and uses a point system which allows people to track their calories. Winfrey has a stake in the company and is the third largest shareholder.

Winfrey has steadily lost weight after joining Weight Watchers in August 2015. She reportedly lost 26 lbs. through her healthy diet plan. She also took to an exercise routine and logging 10,000 steps a day.

She reportedly has come a long way since her Diet Dreams Come True episode which aired on November 15, 1988, where she shared, “Those of you who are starting dieting — this is what 67 pounds of fat looks like. … It’s amazing to me that I can’t lift it, but I used to carry it around every day.”

She said, “I was fed up with my lose-and-gain again routine,” and added, “I had enough of no-carb regimens. Some people can live without bread and pasta, but it just doesn’t make sense to me.”

By following the Weight Watchers program, Winfrey confessed, that she can indulge in her favorite foods. She said, “I’m eating everything I love — tacos, pasta. I’ve never felt deprived,” she added, “I would say to anyone who’s thinking of joining Weight Watchers: Take the leap. And get about the business of enjoying a fantastic and full life,”

Winfrey believes that people can eat bread and still lose weight. She told O Magazine, “My goal isn’t to be thin. My goal is for my body to be… strong and healthy and fit, to be itself.

My goal is to learn to embrace this body and to be grateful every day for what it has given me.” Now, that is a wonderful fitness philosophy for her fans.

Her workout regimen includes cardio workouts, aerobic exercises, squats, crunches, stretching, and more. In the new ad, she is seen doing yoga. She told People magazine, “I try to do something every day that allows me to feel active.”

She also loves jicama (a Mexican yam bean), which is not only crunchy to eat, but also has a unique mixture of vitamins, minerals, and organic compounds.

She will be sharing some of her favorite Weight Watchers-friendly recipes in her new cookbook Food, Health and Happiness, which will be out on shelves on January 3.

Her cookbook will include some deeply personal stories about her weight loss journey. She posted on Instagram, “Food, health and happiness. New point friendly cookbook coming Jan. 3. You can pre-order now. Bon appetite!”

Oprah Winfrey has definitely encouraged many of her fans with her 40 pounds weight loss revelation. Her fitness philosophy is motivating, and worth a try.