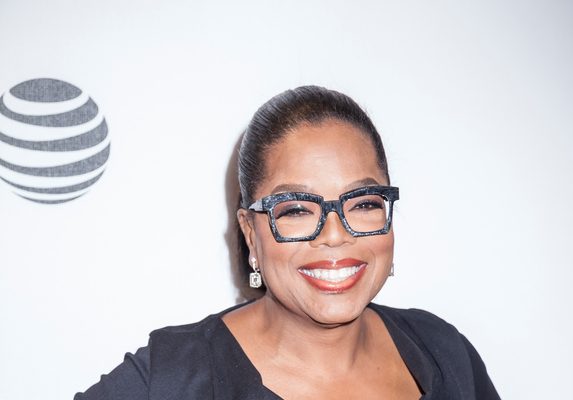 Oprah Winfrey has had a rather public and lifelong relationship with food. And now the media mogul is set to channel her inner foodie knowledge into a cookbook, so devoted O-loved’s can have a heaping serving (or two) of some of Oprah’s favorite things…recipes, rather.

Winfrey has previously opened up about some of her favorite foods (even if they weren’t too favorable on the waist line)—everything from caramel corn ice cream (it was listed as one of her favorite things in the final season of The Oprah Show), to bittersweet bacon-peanut truffle, store bought Williams-Sonoma croissants, Beecher’s “World’s Best” Mac ‘N’ Cheese (shipped frozen) and on-the-go mini caprese bites.

Alas, Oprah is now a Weight Watchers spokesperson, so the recipes will likely be on the healthier side. In a statement, Winfrey revealed that while on Weight Watchers she has worked with the best chefs to create healthier versions of her favorite recipes. The food is so delightfully sinful that house guests have asked Winfrey how it can taste so good. In response, Winfrey decided to create a cookbook that includes recipes everyone can appreciate.

What Recipes Should Be Included In Oprah Winfrey’s Cookbook?

In her upcoming cookbook, fans are hoping to see healthy versions of some of Oprah’s favorite foods, include macaroni and cheese, low-cal truffle chocolates and healthy, hot corn fritters (hey—Oprah herself once bragged about creating some fritters for hubby Stedman one morning).

This isn’t the first time Winfrey has ventured into the world of cookbooks—1994’s In the Kitchen With Rosie: Oprah’s Favorite Recipes—a list of 50 favorite recipes that Oprah’s chef Rosie cooked for her—allegedly became one of the fastest-selling books in the history of publishing.

Let’s see if Food, Health and Happiness: ‘On Point’ Recipes for Great Meals and a Better Life—set to be released in January 2017—will surpass it!