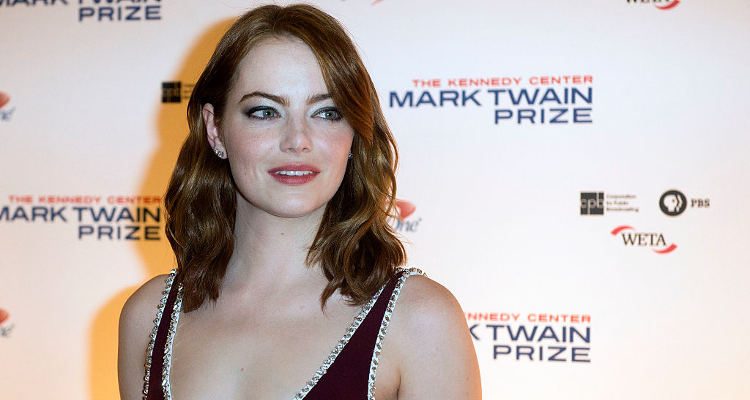 The Oscars 2017 are just around the corner, and Emma Stone is rumored to be up for best actress. Other contenders in the category are rumored to be Natalie Portman, Ruth Negga, Amy Adams, Anette Bening, and Taraji P. Henson. Although we will have to continue to wait and see who the actual nominees are, you can still see all these women in their leading roles for their respective movies, which were all released this past year.

When it comes to Stone’s workout plan, she’d rather partake in activities that she enjoys—she is an avid swimmer, and doesn’t enjoy running. For some of her movie roles, Stone has to work alongside trainers to fulfill the part, so her exercises may change based on the role.

In an interview with S Magazine, Stone said, “I had a trainer during Spider-Man and I discovered I have deep-seated rage when I’m holding heavy weights over my head. Whatever dormant anger I have in me, that’s where it comes out. That’s not the kind of working out I want to do. I would much rather sleep at night than want to throw a weight across a room at someone.”

Although Stone isn’t into working out much, she has admitted that she’s trying to get into yoga along with Pilates, which she finds makes her happy.

When it comes to food, Stone isn’t about dieting and is a huge foodie. In the same interview with S Magazine, Stone explained, “I do have that thing of, ‘Oh my God, I’m disgusting! I ate a huge Wagamama lunch, the whole yakisoba, and I feel so fat.’ But I’m still gonna eat that stuff, and you know what? You can get nice, loose clothes that cover it all up.” Clearly, Stone isn’t worried about watching what she eats as much as enjoying herself.

Portman’s lifestyle is much different than Stone’s. Portman, for a while, ate a strictly vegan diet, but began consuming eggs because she needed the protein. Portman doesn’t consume meat products, not only because she loves animals, but because she wanted to know what exactly was in her food and would much rather eat at home than go out for a meal.

Aside from her healthy diet, Portman is also dedicated to working out. When she’s not preparing for a movie role, Portman regularly enjoys a yoga class, and hits the gym based on how her mind and body feel.

As you can see, Emma Stone and Natalie Portman have very different ideas when it comes to healthy living. Where Stone doesn’t deprive herself and does what she enjoys, Portman is more militant and aims to nourish her body. Even though their food and workout choices may differ, one thing is for sure—both women are great actresses. The winner of best actress at the Oscars will surely be a difficult decision.