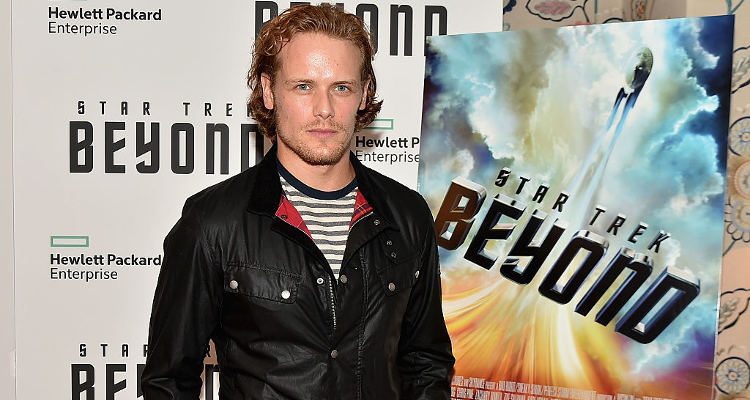 Outlander season 3 stars Sam Heughan and Caitriona Balfe opened up about upcoming surprises and more sex scenes between their two characters. In the upcoming season, which airs in 2017, Heughan and Balfe’s characters will be reunited and fans will also be introduced to new characters.

When Heughan opened up to PopSugar, he teased a huge battle that isn’t quite present in the book series. Heughan explained, “Certainly the beginning of season 3 is a slight deviation from the book.

We’re going to be showing a bit of Culloden, and what happened to Jamie. You’re going to see it, and I think it’s important since we talked about this battle, and that the Highlanders are doomed, and that they might be wiped out. It’s a reward for the fans.”

Heughan added that the battle scene will be incredibly shocking and even the cast and crew were surprised while filming it. Clearly fans are in for a big treat.

But to do intense battle scenes, Heughan must ensure that he is in top shape and so he heavily works on his fitness, which involves weightlifting and a protein diet.

Heughan trains nearly daily to stay fit for his role on Outlander. Heughan has admitted in interviews that they built a gym on set so that he can work out and train whenever he has a moment. Heughan must be strong and agile, and those are the elements he works on improving while working out.

Aside from lifting heavy weights Heughan is an avid runner and is often partaking in marathons for various fundraising events.

Being fit is a big priority for Heughan as not only is he the star of Outlander, but he is also a model for Barbour, which means he must always look his best.

As for Heughan’s diet, he doesn’t necessarily follow a strict diet but he eats plenty of protein. Because he is always active and thus burning off plenty of calories, he does admit he eats a lot and consumes pretty much whatever he wants, but generally he sticks with clean easting as much as possible.

In an interview with Men’s Fitness, Heughan discussed his diet: “During shooting my weight did vary a little, because it is quite difficult when you are on location, and good nutrition can be hard to find. I started taking supplements, and I started eating protein bars as they were easy to carry around.

In the last few months I went Paleo, as my character Jamie gets captured and he is in prison for a short while. I wanted to lean out a bit more, and I did find that did help, though it was quite difficult at first to get into that regime.”

There are rumors that Sam Heughan and Caitriona Balfe are dating, which is believable considering how many intimate scenes the two share. We’re sure that Balfe appreciates Heughan’s dedication to the gym as he has a super fit body.