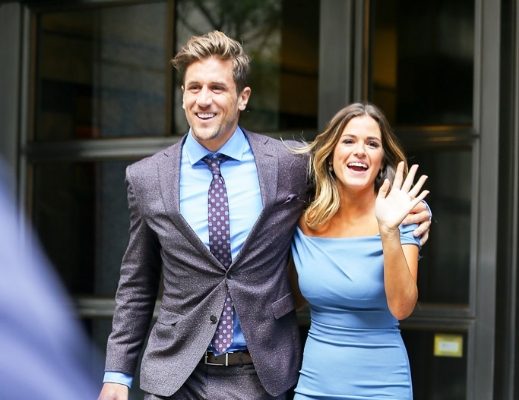 The latest Bachelorette star to find love is JoJo Fletcher and she found it with former pro-NFL player (and recently signed ESPN commentator) Jordan Rodgers. Looking her best for the show was important because millions of eyes were on her every week waiting to see what her next move would be.

But even as the show has ended, Fletcher is still in the public eye and wants to look good for those random paparazzi photos that happen every now and again.

Fletcher (whose first name is actually Joelle) tries to go to the gym a few times a week, where her workout routine includes a lot of cardio exercises like StairMaster and spin classes.

Exercising outside is something the reality star loves to do, and she tries to incorporate her dog Jackson into the activity by running with him. Growing up, JoJo played basketball and volleyball and ran track, so it seems physical activity has always been a big part of her life and daily routine.

The 25-year-old real estate developer-turned-reality star has some workout and diet secrets that keep her looking so slim and svelte.

In addition to making sure she hits the gym, Fletcher does her best to keep to a mostly healthy diet. But like many people, she does indulge in the occasional cheat day because she loves food too much, she says.

Her particular weakness? Mexican food and truffle mac ‘n’ cheese. Anything cheesy, in fact, is a real weakness for her.

Eating out is a somewhat regular occurrence for Fletcher simply because she isn’t home that much due to her busy schedule, but she does try to cook at home when there because she knows she shouldn’t eat out all the time. She says that grilling a piece of chicken and steaming some broccoli is simple and quick to do.