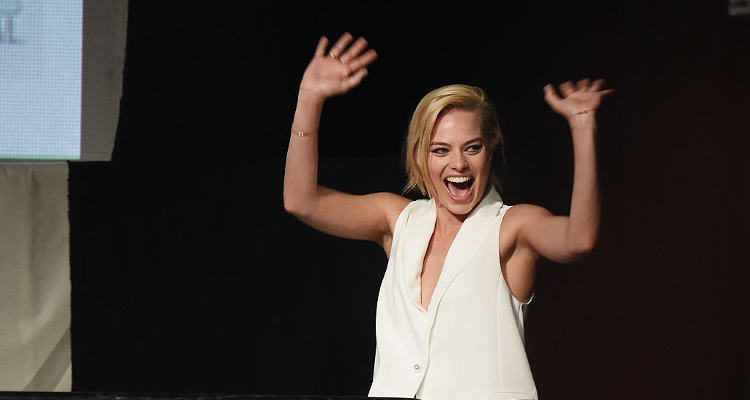 She is also known for her appearance in the 2013 film The Wolf of Wall Street and for playing Harley Quinn in Suicide Squad.

Getting in shape to play Suicide Squad’s Harley Quinn required a lot of dedication on Margot Robbie’s part because she had to look good in hot pants while performing stunts.

The 26-year-old actress knew the role would require her to have a strong physique, and that she would have to work out hard to get the right body. Robbie’s workout routine consisted of high-intensity interval training (HIIT) as well as weight training.

Robbie flat-out says she hates to diet and she doesn’t really follow any particular diet regimen. She relies on exercise to keep her lean and in shape instead of limiting her food choices and depriving herself of the things she loves to eat.

However, like many stars, she does actively cut back on certain foods while filming a movie, but she has said that she gets miserable if she doesn’t eat. Eating a salad every day doesn’t work for her; neither does having just a half-glass of red wine every other day.

One thing she won’t give up is her tea—she drinks 10 cups a day. Her favorite breakfast is avocado on toast with bacon. Clearly she eats what she wants and looks to burn off calories through hard physical workouts done regularly.