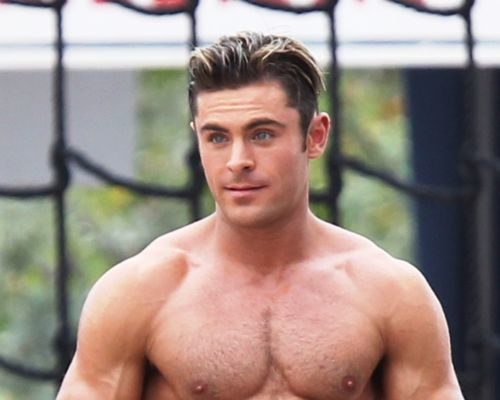 The Lucky One actor Zac Efron is not a little boy anymore. The former teen idol is now a man thanks to his recent diet and bodybuilding regimen, courtesy of trainer Patrick Murphy.

Efron underwent a 12-week transformational workout to prepare for his role in Baywatch. Although no stranger to staying fit (as evident in many other Zac Efron movies), this was something that took him to a whole new level. He worked with Murphy vigorously, and shared in an interview with Men’s Health that in about four months, he had gained 18 pounds of lean muscle and was down to five percent body fat!

In order to get his shredded body, Efron was placed on an all-organic, whole-foods diet by Murphy, in addition to adding unflavored whey protein and consuming 100 ounces of water daily!

His bodybuilding routine and his diet were intense and his workout is not for the faint of heart, thanks to trainer Patrick Murphy.