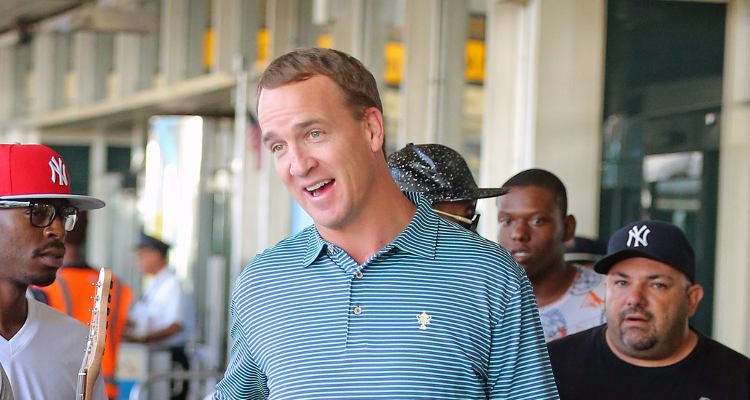 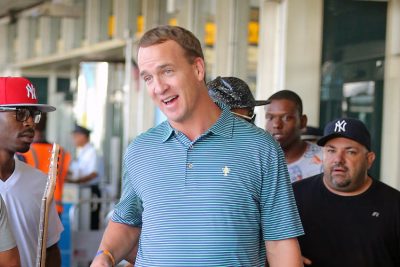 Quarterback Peyton Manning enjoyed a 17-year NFL career, which included 13 seasons with the Indianapolis Colts and four with the Denver Broncos.

The 40-year-old retired from football on top by leading the Broncos to a 24-10 victory in Super Bowl 50 over the Carolina Panthers. The longevity and success of Manning’s NFL career is likely due to the quarterback’s intense off-season workout regimen and daily diet plan.

After all, if there is an NFL quarterback record Peyton Manning likely has it. Some of Peyton Manning’s incredible NFL records include 71,940 career passing yards, 5,477 passing yards in a season, 539 passing touchdowns for his career, and he is tied for first in NFL regular season wins at 186 and touchdowns in a game with seven. Not to mention, he is also a two-time Super Bowl champion, one-time Super Bowl MVP, five-time NFL MVP, and 14-time Pro Bowler.

Peyton Manning has also had incredible commitment to the game of football. Neck surgery forced him to miss the entire 2011 season, and the Colts had released him. But the Denver Broncos signed him for the 2012 season, and Manning went on to win the NFL Comeback Player of the Year and followed that up with a single-season record of 55 touchdowns and the 2013 NFL MVP.

What is Peyton Manning’s Exercise and Workout Routine

Peyton Manning grew up with NFL quarterback dad Archie Manning, who taught his son more than just passing skills. Archie taught Peyton to have a strong work ethic and never lose sight of your goal.

In high school, Peyton Manning was tall and skinny until he began an intense weight lifting program in addition to watching hours of film. From that point on, Manning was a step ahead of other quarterbacks.

The soon-to-be Hall of Famer has an intense off-season exercise program that focuses on strengthening his core. Peyton Manning teamed up with former Tennessee Volunteers teammate Will Bartholomew to start D1 Sports Training with the goal of helping other athletes reach their goals. 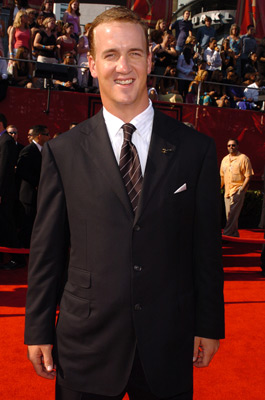 Manning works on his core because the exercises help him absorb all those hits he takes on the field.

The following are some of Peyton Manning’s core exercises:

Seated Overhead Medicine Ball Throws: Sit with your knees bent and your heels slightly off the floor, and without moving your upper body, receive the ball from a partner over head, and throw the ball back. Repeat 15 times.

Medicine Ball Toe Touches: Lie on your back with legs pointing straight up toward the ceiling. Hold the medicine ball in front of your chest and crunch up until the ball touches your toes. Lower yourself slowly and repeat 15 times.

Partner Medicine Ball Rotation Throws: Hold an athletic stance with a partner five yards in front of you. Receive the medicine ball from your partner, rotate right, and then forcefully throw the ball back to the partner. Perform the next rep to the left side and continue to alternate each side for eight reps.

Lateral Partner Medicine Ball Rotation Throws: Hold an athletic stance with your partner to the left of you. Receive the medicine ball from your partner, rotate right, and then throw the ball back to your partner by pushing with your right hand. Repeat the exercise eight times on each side.

Peyton Manning’s preparation for the game also includes his nutrition habits. No matter when the game started, Manning would eat the same pregame meal, which includes grilled chicken, a plain baked potato with a side of broccoli, a bowl of pasta with marinara sauce, and a couple of Gatorades.

Carbs like pasta and potatoes are a good energy source for an athlete’s fueling performance. Manning’s carb-heavy meals, eaten three to four hours before a game, help give him the energy needed on the field. In total, his pre-game meal contains 895 calories, 7.5 grams of fat, 151 grams of carbs, and 63 grams of protein.

Peyton Manning’s intense daily diet plan and exercise routine are big reasons why he had the kind of success he did in the NFL. Peyton Manning will surely be inducted into the Pro Football Hall of Fame very soon.