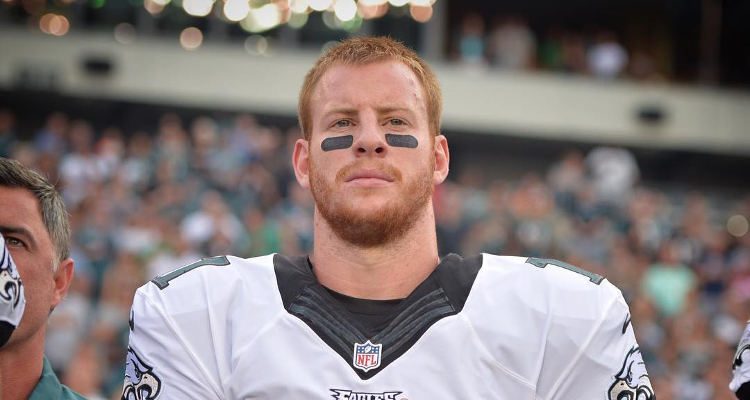 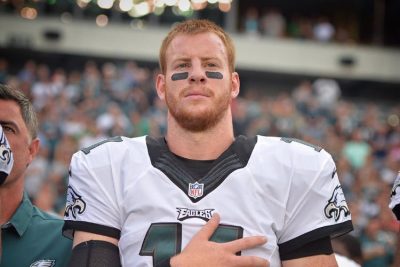 The new Philadelphia Eagles QB Carson Wentz may play in the preseason finale on Thursday, and we can catch a glimpse of him warming up and working out at the preseason training camps.

He went through an hour-long pregame warmup last Saturday, where coach John DeFilippo put him through an intense workout to determine his pain tolerance after his rib injury. However well he practices, whether or not he can play will be decided by his x-ray results.

Wentz received a number of compliments, one of which was from the offensive coordinator Frank Reich, who says, “to get a player like Carson, I just think he fits with Doug’s offense, with this organization. I think this is the right place for him to grow. He brings the kinds of qualities, not just as a quarterback, but as a player, that you really look for. And that really for us, as a coaching staff and as an organization, starts with toughness, physical and mental toughness.”

The Eagles are quite impressed with Wentz’s maturity and intelligence, and say that he can be put to use in a lot of ways. The Eagles are fortunate to have a great player who adds a lot of energy and juice to practice every day. He’s considered a special player who possesses the ability to throw the ball from different angles, transfer information from the meeting room to the field, and does not repeat the same mistakes.

Wentz moves with quick steps forward and laterally while under pressure from rushers. He can also cover the entire field and throw from side-line to side-line.

At 6’5”, Wentz is the biggest of the Eagles quarterbacks and can use his size to his advantage.

He has amazing arm strength and can deliver deep passes with ease.

Wentz can escape the pocket and hurt the players with his legs, so he maintains distance between him and the other Eagles quarterbacks.

Throwing on the run

Wentz can throw the ball with a greater force while moving towards the left or right.

Wentz’s passes sway a lot, making them difficult for his teammates to catch. Pederson says Wentz is not up to speed mentally, and that swaying will diminish overtime.

Wentz is not consistent in all the matches he plays—the reason may be mechanics, timing, and not yet completely seeing what he’s supposed to be seeing.

Wentz swings the football in a way that lets the opposing defense anticipate the ball.