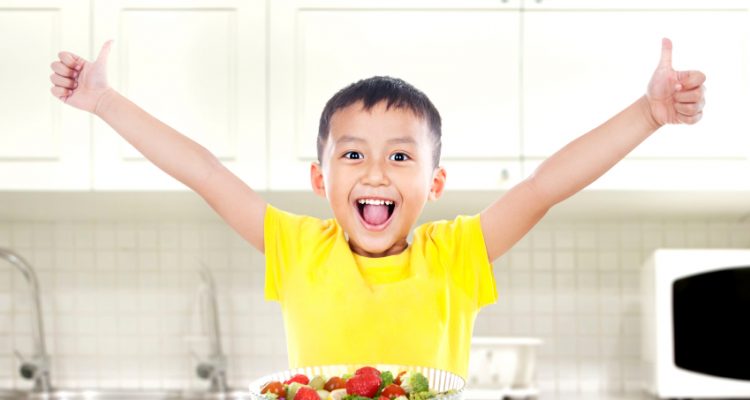 A novel study by the USDA has found that the video game Squires Quest! II: Saving the Kingdom of Fivealot is able to help get children on board with eating their fruits and vegetables and can continue showing progress even after the game is finished.

The game is a sequel to the Squires Quest! game used in a previous USDA study, which was a type of serious video game (meaning a game not intended for pure entertainment) that had a similar goal. However, the most recent report on the study takes a somewhat niche look at the data that tries to see more meal-centric effects.

National guidelines advise children ages 9-13 eat about 7-11 servings of fruits and vegetables each day, though less than 4% of American children meet this amount. With the awareness of how popular video games were the USDA devised Squire’s Quest! in the early 2000’s to see if a serious game could be used to improve dietary habits. The game was tested on 4th graders and some improvements were observed but once the game ended the gains in fruit and vegetable consumption didn’t last. Much like in conventional video game sequels, the study for Squires Quest! II was carried out by looking at the original, seeing what worked, adjusting what didn’t, and trying to build something new. Also like most sequels, the results were mixed.

What This All Means

Subgroup analysis can be a double-edged sword in research. On the one hand, it can help reveal specific niche impacts that might otherwise go unnoticed. On the other hand, pulling together subgroup analysis only after the fact (as opposed to being an original intention) can be a sign that someone is trying to find a way to spin an essentially negative study into a positive. Since the subgroup analysis here is a separate report from the original study, the intentions are likely more towards the former in this case.

Understanding what these findings mean, however, is tricky. At the start of the original study, the action group had an average baseline of 1.64 fruit and vegetable servings per day. After playing Squire’s Quest! II, the average servings per day was 2.32 at the six month follow-up.

For the coping group, the baseline and six month servings were 1.83 and 2.11 respectively. Although both saw an increase, only the action group’s was considered enough to be statistically meaningful. This means any subgroup findings about the coping group need to be taken with a grain of salt since they may not have added up to anything.