Home > Advice > Plus-Size Bliss: Can You Really be Fat and Healthy? 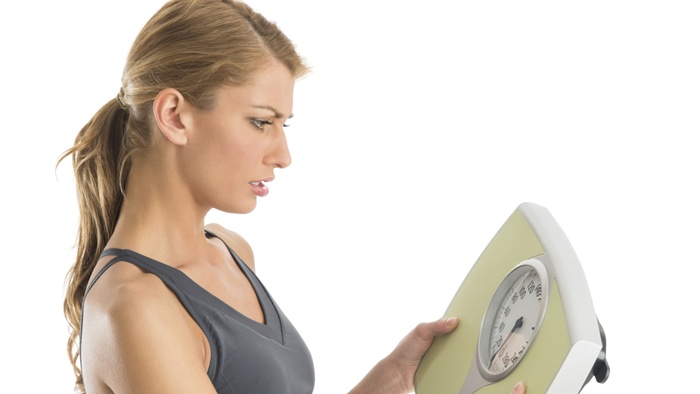 You’re eating your fruits and veggies, moderately exercising and carrying more than a few extra pounds around your middle. No big deal, right? If you think that your diet choices and good intentions are enough to keep you living a long and healthy life, there is some recent news that will come as a wake-up call.

A new study published in the Journal of the American College of Cardiology has burst the bubble on the idea that you can be fat (or on the porky side) and fit at the same time. Researchers looked at 14,828 healthy adults of different weights, all with no known heart disease. They found that the obese people in the group had a significantly higher amount of arterial plaque build-up compared to people of normal weight.

And the idea of what is considered obese has shifted, too. For the purposes of this study, a person was considered obese if he had a body mass index (BMI) over 25. Technically, in the United States, a person is not considered obese until he has a BMI over 35. The difference in numbers could be the start of a revolution redefining what we currently consider to be dangerous weight.

This isn’t the first time that the idea of “healthy obesity” has been called into question. Studies have looked at the idea of obesity being manageable and even healthy if people continued to keep other risk factors in check. For example, if the genetic risk of getting diabetes was low and blood pressure and cholesterol were kept in check, the growing number on the scale could be overlooked.

To further that thought, one 2013 study in the Journal of the American Medical Association found that overweight individuals tended to live longer than normal weight people. What the headlines didn’t point out was the life expectancy only increased slightly—six percent—for people who were considered “mildly obese.”

This new research suggests that America’s obesity epidemic brings a huge risk for heart problems and death. In fact, a person who is obese, but who has normal cholesterol and blood pressure numbers is still at a higher risk of dying from heart disease because of the obesity alone.

Alternatively, the researchers are quick to point out that being thin doesn’t guarantee good health, either. Good habits are the only route to vital health. So don’t think that just because you are thin, that gives you a free pass! You need to modify your diet, lifestyle and ultimately your weight if you want to live to see your golden years.

Another hot-button issue here is self-image. You may have taken a glance in the mirror and seen a few extra “rolls” or curves here and there. But maybe you need to look again. The U.S. National Center for Health Statistics conducted a survey this year asking subjects if they thought their weight fell into the normal range. As a rule, overweight women were considered to be much more realistic about their weight than men. In fact, 91.8% of women who defined themselves as obese actually were obese, whereas only 83.4% of obese men considered themselves to be obese.

In the survey, 27.5% of women and 29.8% of men saw themselves as being thinner than they actually were by medical definition. So when you look in the mirror and at the scale, do the two really add up?

Take an honest look at your body, your lifestyle, your weight and your diet. The sooner the better! Heart disease and obesity are closely related, and heart disease is one of the leading causes of death. There is no such thing as healthy obesity, although some of us may be in self-denial when it comes to our size. Let’s start with honesty and a willingness to change.

Eating healthy foods is just the beginning, but it’s a great tipping point to longevity!