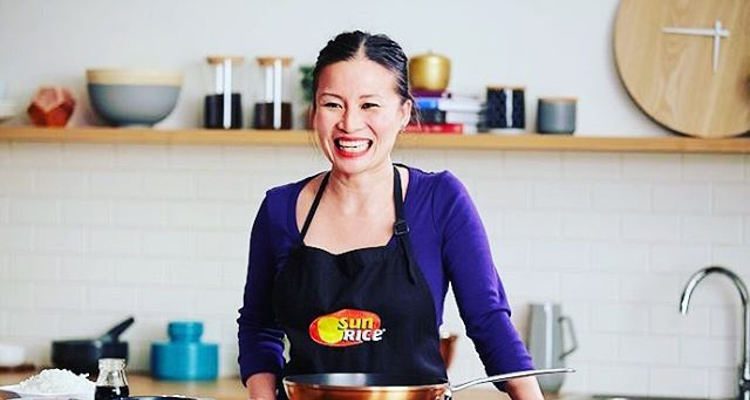 @pohlingyeow shows us that food dreams *really* do come true. Who will kick start their culinary career next? Find out from Monday 1 May on TEN!

MasterChef Australia season 9 is set to air on May 1. The contestants and fans are sure to be curious. The contestants don’t have a professional culinary background and come from various fields, but have a passion for cooking. One such contestant who rose to prominence through MasterChef is Poh Ling Yeow.

Poh Ling Yeow was the MasterChef Australia season 1 runner-up. She was shortlisted among 7,000 applicants and secured a place in the top 20. Yeow got eliminated when she incorrectly guessed the ingredients in a minestrone dish. However, she was allowed to return to the show in less than 15 days.

She spared no effort to reach the finale where she competed against Julie Goodwin. Goodwin won the MasterChef title, and Yeow finished as the runner-up. But that wasn’t the end of her journey, in fact, it was the beginning of a new career.

The ex-contestant was called to the MasterChef kitchen to judge the new contestants. Yeow appeared with Matt Preston at the World Chef Showcase in October 2009. She received a nomination for the 2011 Logie Awards in the category of Most Popular New Female Talent.

Yeow has two television series Poh’s Kitchen and Poh & Co. She also opened a cafe in Melbourne called Jamface, along with her husband, Jonathan.

Yeow is also working with Malaysia Airlines to enhance their cuisine. She was born in Malaysia and raised in Australia. She considers cooking for Malaysia Airlines a great opportunity where she can combine her passion for food with the love she has for both countries.

Yeow describes her fame as a cultural shock. Like everyone, even she had some ups and down in her life. Yeow had a failed marriage, but the couple remain friends. Later, her ex-husband married her best friend of 20 years.

Yeow also moved on with her life and married a member of the production team while she was filming MasterChef in 2009. Her current husband, Jonathan, used to drive her between the MasterChef kitchens and the MasterChef house where all the contestants lived. Even though the two weren’t allowed to speak to each other, they frequently exchanged glances. They paired up after the show was over.

The celebrity chef is also working on women’s empowerment. She took part in a naked photoshoot for Women’s Health magazine designed to encourage women and readers to love their bodies.

Cioppa, B., “‘The whole fame thing has been quite full’: MasterChef 2009 runner-up Poh Ling Yeow says rising to fame since the show has been a ‘culture shock,’” Daily Mail web site, May 18, 2016; http://www.dailymail.co.uk/tvshowbiz/article-3595784/MasterChef-2009-runner-Poh-Ling-Yeow-says-rising-fame-culture-shock.html.