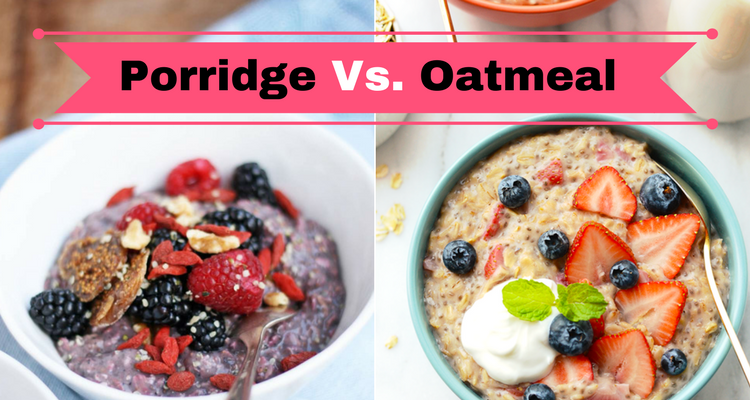 Porridge is a mixture of any grain, cereal, or legume boiled in water, milk, or broth. It is served hot and made from a variety of cereals such as oats, maize, rice, corn, wheat, and barley. Oatmeal is a type of porridge made from ground, rolled, or flattened oats. Let’s take a look at the differences between porridge vs. oatmeal.

The main difference between oatmeal and porridge is the grain used to make it. The bran is removed from ground oats to make oatmeal. Porridge is named according to the ingredients used in the preparation. For instance, porridge made from corn is called cornmeal.

Dry grains, vegetables, or legumes, when turned into a semisolid dish is called porridge. Porridge is a simple dish. You can give it different textures, make it with your choice of ingredients, and add your favorite toppings.

Traditionally, any available grain was used to make porridge. In Asia, there are different variations of rice porridge called “congee.” Rice and water or animal broth are used to make congee.

Porridge made from rye and water is known as “ruispuuro.” “Kasha,” a buckwheat porridge, is enjoyed in Russia and Eastern Europe. Porridge is also made from barley flour and is called “genfo.”

Porridge made from cracked, whole oats is known as oatmeal porridge. The oats used for porridge can be steel-cut, or steamed and rolled.

Oatmeal, when cooked with sugar, salt, milk, and cream, forms a healthy and wholesome porridge. The oatmeal melts and forms a creamy texture with an even consistency.

To make the perfect porridge, you need to stir your oats consistently while cooking to avoid clumps from forming. You can top it with some wholesome ingredients, such as almonds, walnuts, or fruits of your choice to increase the nutrient content. Add some almond butter to the porridge, or sprinkle cinnamon, ginger, or pumpkin pie spice over it.

You can choose any of these depending on the way you want to use them. However, be sure to read the label on the packaging.

Here are eight porridge nutrition facts, as well as a comparison of oatmeal vs. porridge health benefits.

Athletes and dieters consume oats as a breakfast staple. Since they are high in fiber, oats give them sustained energy. The same is true for whole grains such as whole wheat, as it has good amounts of carbs including dietary fiber. It also has essential vitamins and minerals to kickstart your day.

Related: Is Oatmeal a Carb? 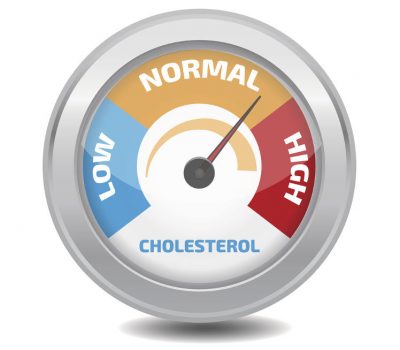 As a result, it helps lower bad LDL cholesterol, as well as reduce blood pressure levels. According to a study, fiber content in porridge can reduce cholesterol levels by as much as 23%. 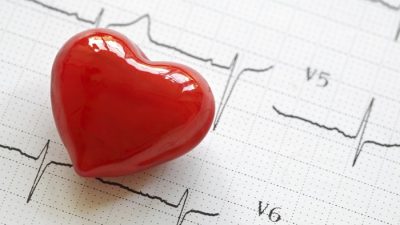 According to Dr. Shengmin Sang, from the North Carolina Agricultural and Technical State University Avenanthramide, a bioactive compound found in oats may stop fat accumulation in the arteries known to cause heart attacks and strokes.

Porridge with ingredients high in tryptophan, such as a banana, may boost the release of serotonin which benefits moods and mental health. Oats are also known to boost serotonin levels.

It helps relax your mind, fights depression, and helps treat insomnia. Consuming porridge increases the intake of whole grains, which has many health benefits. 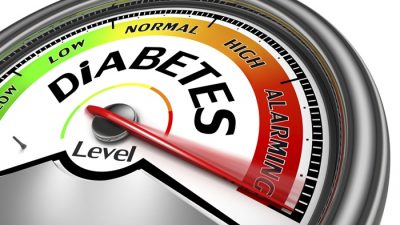 Porridge made from oats and whole grains is rich in vitamins, minerals, and fiber. If you prepare it with milk, it may also contain calcium, magnesium, folic acid, and vitamin B12.

According to a study published in Food and Nutrition Research, consuming oatmeal reduces the risk of central adiposity and obesity in children. It improves diet quality and nutrient intake.

Porridge, whether of oats or other whole grains, is very filling and helps avoid munching on junk foods. It is high in fiber and low in cholesterol.

However, you should be careful about additional ingredients like sugar, syrup, and cream. A study conducted at New York’s Columbia University found that children who ate oats regularly are 50% less likely to be overweight.

Researchers at the Oxford Brookes University found that children who ate low-glycemic foods like porridge are less likely to crave sugary snacks.

Now that you know the porridge vs. oatmeal ingredients and health benefits, let’s see which one you should consume.

Porridge vs. Oatmeal: Which One Is Right for Me?

Organic, gluten-free oats fall into the whole food category. Oatmeal is good for highly-active people considering the oatmeal nutrition facts. It is also good for people who have a low body fat content. If you want to lose weight, you should consume oats for breakfast. It also provides sustained energy.

Oats are healthy when consumed in moderation. Oatmeal is good for gluten-intolerant people, but be sure to check for the gluten-free label. Oats may get contaminated with gluten while processing or growing.

It is always better to prepare your own oatmeal. If you buy instant oatmeal, it may include calorie-increasing ingredients like sugar. Packaged foods may also contain high amounts of sodium.

Now that you know the porridge vs. oatmeal health benefits, you can decide which ingredients you want in your porridge including oats. You can also use corn, whole wheat, polenta, millet, buckwheat, or any other whole grain or cereal.

Top up your oatmeal or porridge with blueberries, strawberries, pomegranates, banana, apples, or any fruit of your choice, along with almonds and walnuts. You can be creative for breakfast and make your porridge interesting by using different grains and toppings every day.