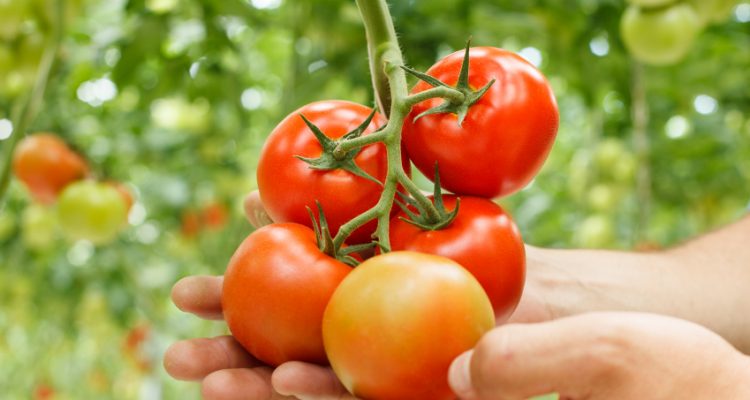 Every year, the state of Florida produces about 400,000 tons of tomato waste. This sludge is a mixture of tomatoes deemed too ugly to sell, rotten fruits (because tomatoes are fruit), and the skin and seed cast-off from things like ketchup production.

The waste is normally dumped in landfills, where it produces the greenhouse gas methane, or waterways, where it causes environmental issues. If researchers from the South Dakota School of Mines & Technology have their way, there will also be a third option: use it for electricity.

Getting Electricity Out of Tomatoes

Unlike a potato or even a pickle, getting electricity out of tomatoes requires more than sticking a prong in both ends and hooking in a light bulb. The researchers created a microbial fuel cell that uses bacteria to break down the tomato waste. This oxidizes the chemicals within the sludge and produces an electrical charge. As an added benefit, the chemical breakdown also neutralizes the waste so it can’t emit any more methane—a relief to both the ozone layer and any nearby noses.

Technically speaking, this process would work for other produce as well, but tomatoes appear uniquely poised to produce electricity through the proposed method. This is because of the bright red carotene pigment which the researchers found makes an excellent catalyst when generating electrical charge. The thiamin and riboflavin in tomatoes is also believed to help transport the electricity.

The currently available design is small scale and modest. It produces about 0.3 watts of electricity for every 10 milligrams of tomato waste, and current efforts are focusing on ways to scale up the process. While this is a small amount per cell, the sheer amount of tomato waste Florida produces each year makes it enough to theoretically power Disney World for 90 days. However, current possibilities for the device are steering away from theme parks.

Currently, the tomato waste in a fuel cell loses power after around 10 to 14 days, meaning it is not likely to be viable without a regular supply of tomato waste. This means tomato power is more likely to be used in rural areas and agricultural communities, regions that have an abundance of agricultural waste but potentially little in the way of disposal methods or electricity, such as in the developing world. Another option would be to use the power in cities, where the economic efficiency would help offset the cost urban areas shoulder to process agricultural waste.

Or it could just get used to power Disney World. Weirder things have happened in Florida.