Home > Food Facts > Shrimp vs. Prawn: Know the Difference between Prawn and Shrimp 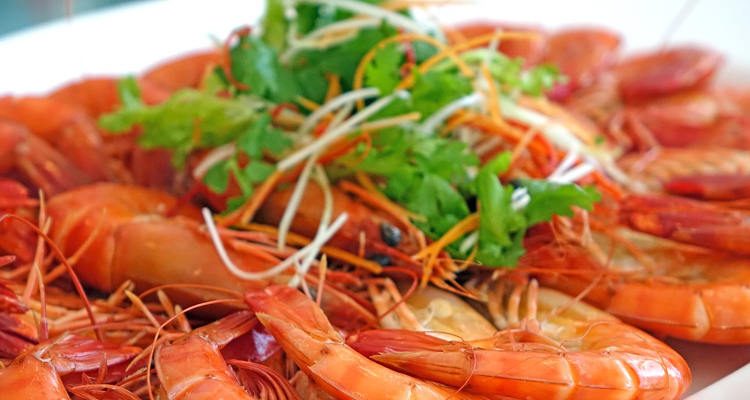 Since most people confuse shrimps with prawns, we are going to discuss prawn vs. shrimp. Many feel that shrimps are the smaller species between the two, but both are completely different. Prawns and shrimps may look similar to an untrained eye, but they aren’t. They also differ in taste, size, and the nutrient content.

Let’s look at the difference between prawns and shrimps.

Points of Difference between Prawn and Shrimp

While the bend in the body of a prawn isn’t clear, it is clearly visible in shrimp. Prawns have branched gills and shrimps have lamellar or plate-like gills.

In shrimps, the second segment overlaps the first and the third segment. Also, the legs of prawns are longer than those of shrimp. The front pincers of shrimp are the largest, while the second pincers are larger than those in prawns.

Prawns are slightly higher in calories than shrimps.

Prawns and shrimps are often confused even though they differ in size. Prawns are usually larger than shrimps. However, shrimps come in a variety of sizes, so size isn’t a good way to identify them.

Do prawns and shrimp taste the same? No, shrimps taste buttery while prawns taste like chicken. Many people describe the taste of prawns as a sweet and succulent.

Shrimp vs. Prawn vs. Lobster

Shrimps, prawns, and lobsters all are different. Lobsters are not larger prawns, even though prawns taste somewhat similar to them. The taste of lobsters depends on their diet. Lobster types include clawed lobsters, spiny lobsters, and slipper lobsters.

Lobsters have 10 legs or five pairs, and the first pair has claws. Lobsters can be as long as 50 centimeters while prawns can be maximum up to 33 centimeters long.

Lobsters mostly live in muddy, rocky, or sandy bottoms. Their carapace is harder than the exoskeleton of prawns.

Now that you know the prawn vs. shrimp difference, you can choose the right one for yourself next time. However, you should note that not all prawns are edible.

So, be sure to include these protein-rich sources in your balanced diet and stay healthy.