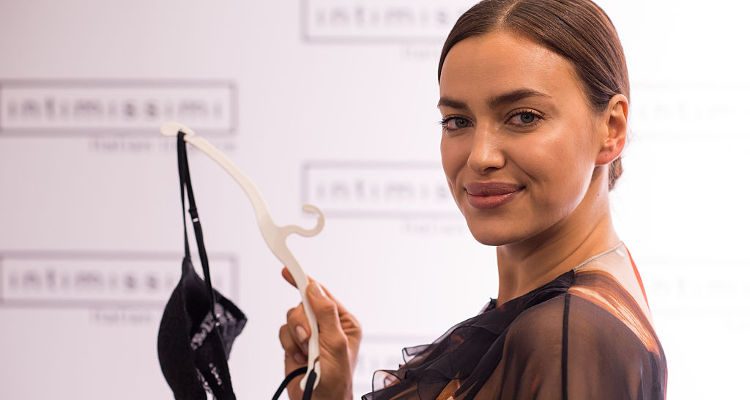 The Old Russian New Year falls on January 14 in the Gregorian calendar and is an informal traditional holiday, celebrated as the start of the New Year by the Julian calendar. Russians celebrate the New Year by eating, singing carols or partying with their friends and colleagues. They make traditional holiday foods and bake dumplings hidden with small objects inside them, like a button or a thread. The diner who discovers the object is said to receive good fortune in the year ahead.

Irina Shayk took to Instagram to share her Old Russian New Year celebrations. The Russian native and three of her friends apparently decided to take charge of a restaurant kitchen. She captioned the pic, “We r taking over the kitchen before the old Russian new year.” The supermodel looked elegant in a black outfit.

We r taking over the kitchen before the old Russian new year ?

The foodie loves to treat herself to ice cream and cakes. She was even spotted indulging in ice cream with Bradley Cooper’s mother while the duo were out grocery shopping. Looks like it might be one of her pregnancy cravings.

Irina Shayk’s cheat meals include cheeseburgers, fries, and other junk foods. She does, however, ensure to balance it out with more intense workouts and a healthy diet of steamed veggies and proteins like fish. She tells People, “I’m a model but I love to eat. I really, really love food. And I don’t understand how people don’t eat! I do eat everything.”

Although Shayk loves to indulge in meat dumplings and potato stews, to maintain her svelte figure, she opts for salads and soups instead. She also loves to drink citrus juices throughout the day to keep her skin looking young and radiant. Her diet comprises of high-fiber bread, skimmed milk, tofu, and clear soups.

Although the model says she is genetically blessed with a high metabolism, it doesn’t stop her from eating a clean diet. She says, “I’ve got great genes to thank for my fast metabolism, but I still have to find a balance between food and working out because when I eat, I really eat!”

Irina Shayk has her own fitness rules. She is not fond of cardio and hates running. Instead she prefers other calorie-burning exercises like boxing.

She loves Japanese Jiu-Jitsu which physically challenges her body and pushes it to exhaustion every time. She practices it four times per week. She also engages in workouts if she is traveling, or at work between photo shoots and fashion shows. During those busy periods, she keeps herself active with simple exercises like walking and barre moves.

We are fairly confident that post-pregnancy, Irina Shayk will have her flat stomach in no time due to her dedication to rigorous workouts and a healthy diet.