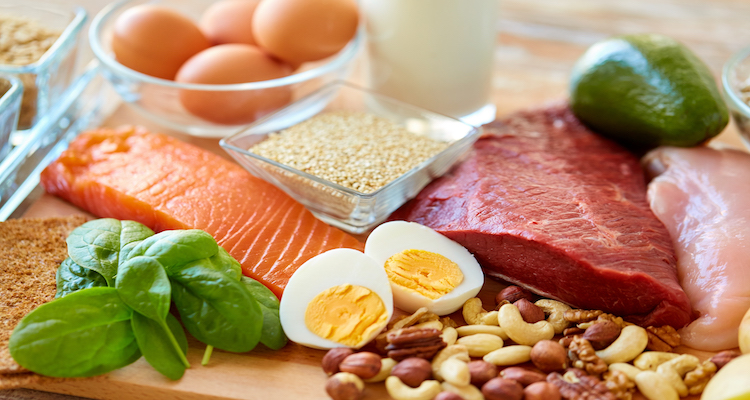 What Is the Primal Diet?

Depending on who you ask, the Primal diet is either the greatest lifestyle in the world or total nonsense. Thankfully, I fall into neither of those camps. It’s based on the idea that early humans ate a much better diet than we do today and that returning to our nutritional roots can aid health in a number of ways.

The Primal diet was created by Mark Sisson, a former U.S. National Marathon champion. After his career ended, he wanted to find a way to maintain a healthy body without having to run or work out for hours per day. He also noticed that people were eating too many processed foods that were likely leading to a host of modern health issues.

Using himself as a guinea pig and following an eating routine that focused on eating more protein, natural fats, and plenty of raw fruits and vegetables, he found he could accomplish his goals. He called it the Primal diet and neatly packaged it into a best-selling book called The Primal Blueprint, in 2009.

The main tenets of the Primal diet are to avoid processed food—even those that are minimally processed like whole grains and pasteurized dairy—and eat natural, whole foods as close to their raw state as possible, and organic is preferred.  The main exception is meat, which can be cooked prior to consumption. The ultimate goal of the diet is weight loss, lower inflammation, and a lower risk for a host of chronic illnesses.

Primal vs. Paleo: The Differences

You may be thinking that the Primal diet sounds awfully familiar. Indeed, the premise does seem reminiscent of the Paleo diet. Both diets liken themselves to “caveman” styles of eating (a pre-agricultural grain-free, unprocessed diet), and both are very dogmatic in their approach to eating. While they do share some similarities, there are some distinct differences.

The primal diet recommends eating raw, fermented, and pasture-raised full-fat dairy as a source of healthy fats, protein, and calcium. On the other hand, the Paleo diet restricts dairy due to its allergenic and intolerance-causing substances like casein protein and lactose.

The Paleo diet also discourages nightshade vegetables, including tomatoes, peppers, eggplants, white potatoes, and the like, because of their association with inflammation, while the Primal diet allows them in moderation.

The Primal and paleo diets also differ in their approach to coffee and legumes. Primal encourages coffee drinking and views legumes as safe for occasional consumption.

Foods You Can Eat on the Primal Diet

Although it is a restrictive diet, there are still plenty of foods available to eat on the Primal diet. Recommended foods include:

Food You Should Avoid on the Primal Diet

The general idea is to avoid any foods that were not available to early humans. This means it doesn’t come directly from a natural plant or animal. Essentially, if it a crop that has been altered by humans in any way—even early agricultural grains—it is excluded from the list of allowable foods.

Items fit for consumption would be essentially naturally occurring in the environment—picked off trees, out of the ground, etc. Obviously, modern processed and refined foods are not part of the Primal diet.

Foods to steer clear of include:

Because the Primal diet seeks to eliminate processed meats and refined sugars and grains, it is healthier than the standard American diet (SAD) and “Western” styles of eating.

Lower consumption of processed foods and increased fruit, vegetable, bean, and legume consumption is associated with a number of benefits, including a reduced risk for type 2 diabetes, heart disease, certain cancers, and many other health conditions. Conversely, these foods can lead to lower blood pressure, weight loss, reduced cholesterol, and improved cognition.

There is not a lot of research that looks at the benefits of a Primal diet specifically, but there is work examining Paleo diets and similar eating plans.

Overall, the Primal diet will likely improve your health if you’re eating a typical Western diet that’s high in processed food and low in overall nutrition. Diabetics and overweight individuals likely have the most to gain; however, it’s unlikely that Primal diet offers any benefits greater than a non-exclusionary, healthy balanced diet like what most nutritionists would recommended.

Mediterranean and DASH-style diets, for example, include whole grains and other items exiled by a Primal diet, but have proven health benefits.

But all of that doesn’t mean the Primal diet is bulletproof. As with any dogmatic extreme diet, there are drawbacks. For example, certain foods are actually healthier when they are cooked. Kale, spinach, tomato, mushrooms, eggplants, asparagus, eggplant, and more all have higher nutritional value when cooked. Heating these vegetables helps to release antioxidants and other phytochemicals that are not as bioavailable in raw form.

Cooking vegetables also makes them easier to digest, which limits the chances of indigestion and increase nutrient absorption. Further, cooking vegetables doesn’t necessarily rob them of any nutritional value.

Another point of contention with the Primal diet is its relative disregard for saturated fat consumption from meat sources. Although saturated fats are associated with heart problems and the risk for heart disease, a growing body of research suggests naturally-occurring saturated fats has a neutral effect on the body, meaning it is not harmful.

Here are a few recipe ideas for breakfast, lunch, and dinner to help you get going with Primal diet.

Wash lettuce leaves and pat dry. Place chicken and veggies in the center of each leaf. Dollop mayo on top and wrap it up.