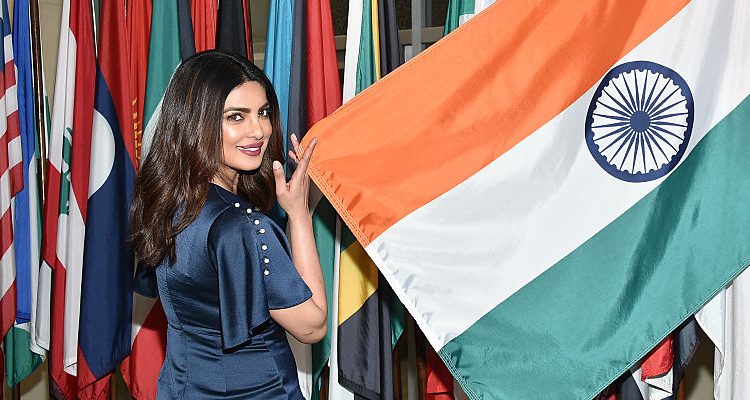 The star of Quantico, Priyanka Chopra, has released a video explaining how she wants to quit her addictions as part of her New Year’s resolution. Chopra admits that she is addicted to caffeine and wants to live a healthier life in 2017, which includes removing the substance from her diet. Chopra admitted that she drinks upwards of 25 cups of coffee a day!

In her video, posted on Facebook, Chopra discusses some of her other 2017 goals, which include getting more sleep and improving her eating habits. She ends the video with a chuckle, and says, “Ask me how far I have reached my goals.”

Like many of us, Chopra makes her annual New Year’s resolution but also experiences great difficulties trying to follow them. We hope that Chopra can put a healthier routine into place in 2017 and that she really sticks to it.

Chopra isn’t what you would call a “fitness freak,” but she does take part in healthy activities in order to keep herself strong and slim. Growing up, Chopra was generally thin, so she definitely takes advantage of a fast metabolism. Although she has her lazy days about going to the gym, she still puts forth an effort to regularly work out and even take part in yoga.

As for toning up, Chopra suggests weight training and regular yoga to build strong muscles. When stressed Chopra often meditates and she will never skip a scheduled workout session in order to maintain her results.

As for her diet, it isn’t complicated as she basically avoids foods that are oily, but enjoys anything else. She tries to focus on foods that are nutritious and that can aid in achieving a slim body.

A day of eating for Chopra may include eggs or oatmeal for breakfast; for lunch, she might enjoy steamed veggies with some rice. And for dinner, she may enjoy a roasted chicken or fish with some more veggies.

As for her cheat days, Chopra reportedly enjoys brownies and chocolate, and overall, Chopra tries to stay well hydrated by drinking plenty of water throughout the day.

Priyanka Chopra has set herself some goals for 2017 when it comes to improving her health, and we hope that she can actually follow through with them this year—or at least cut back on the caffeine for now.

“Priyanka Chopra wants to quit her addictions in 2017. Will she be successful? Watch video,” The Indian Express website, January 4, 2017; http://indianexpress.com/article/entertainment/bollywood/priyanka-chopra-new-year-resolutions-addictions-4458596/, last accessed January 5, 2017.