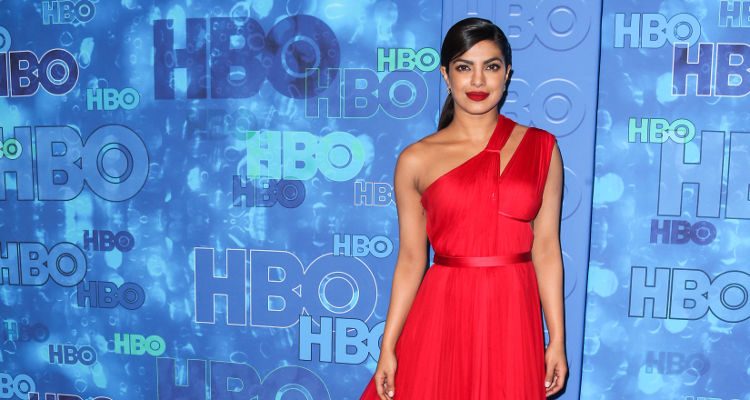 Bollywood beauty Priyanka Chopra has played a variety of roles and received many awards for her outstanding performances.

The former Miss World is most appreciated for her roles in Mary Kom and Jai Gangaajal in Bollywood and has risen to prominence in Hollywood, too.

The actress bagged the role of an FBI agent in the American TV series Quantico and plays a CIA agent for season 2. The super fit diva is very excited as the Quantico season 2 premieres.

Belonging to a Punjabi family, Chopra is passionate about food. She has said many a times during interviews that she loves food.

She is blessed with a great metabolism and does not stack up pounds easily. She has previously said that she is not weight conscious and does not mind eating well. To fulfill her body’s daily protein and mineral requirements, she reportedly consumes a lot of fruits and vegetables.

Apart from a lean body, the actress has a great skin, too! The secret of her glowing skin is pretty simple – hydration.

Chopra says she makes sure she drinks enough water and juices to keep her hydrated throughout the day. Coconut water is one of her favorite beverages.

She is said to refrain from eating oily and deep-fried foods and opt for home-cooked healthy meals. She has a sweet tooth and allegedly indulgences in cakes and chocolates on weekends. She is also fond of tandooris. Here is an example of what Chopra might eat in a day.

The beauty with the sculpted figure does not put on weight easily and so avoids intense workouts.

Chopra is not a gym freak and reportedly hates spending long hours in the gym. She is said to work out for an hour, four times a week.

Her workout is simple and effective. The secret of her fitness is hitting the gym just for one hour to do the exact number of exercises required.

She concentrates on strength training and flexibility training, according to reports. She practices yoga, and her favorite poses are Half Lord of the Fishes Pose, Warrior Pose, and Tree Pose. They enhance her body’s flexibility. Yoga keeps her physically as well as mentally fit.When she is not going to gym, she apparently does running and spinning.

Priyanka Chopra gives the most credit to her genetic inheritance, however. She told Zuri Hall of E! News, “I have great Indian genes!”

“You know, I’m lazy,” she admitted. “I want to take advantage of the fact that I have a great metabolism. When I start getting fat I’ll work on it!”