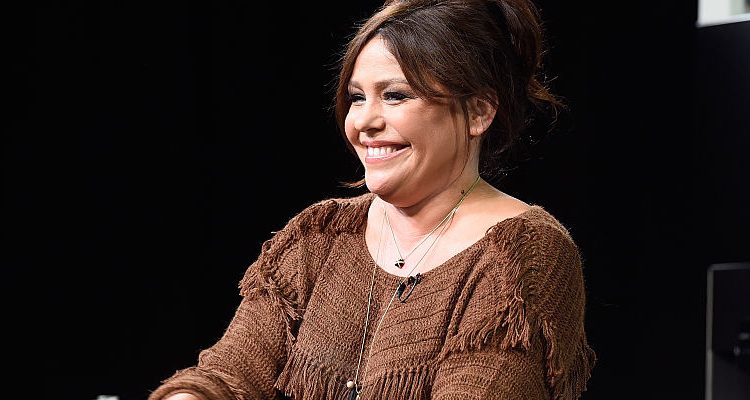 The beauty behind McKenna’s stuffing recipe is that it is completely prepared in a slow cooker, which means you can just add in all your ingredients and allow it to cook while you work on other dishes or even entertain your guests.

Bacon and maple syrup are teaming up with sweet potatoes to take your stuffing to the next level with @clodagh_mckenna's incredible slow cooker dish. #Thanksgiving #ClodaghMcKenna #RachaelRay #RachaelRayShow

If you missed how McKenna prepared her Thanksgiving stuffing, then you can catch up on past episodes of the Rachael Ray Show online.

As much as a good stuffing is important for the holiday, everyone knows that when it comes to Thanksgiving, it’s all about the Thanksgiving dessert. And what’s more classic than a pumpkin pie! But if you don’t have endless hours to bake a pie, then you may want to try Rachael Ray’s no-bake pumpkin pie recipe to save you some time.

Give the oven a rest and opt for a no-bake Thanksgiving dessert. To start you will need the following ingredients:

Begin by mixing the whipping cream until you have soft peaks, and incorporate powdered sugar.

In a mixing bowl, beat the cream cheese and canned pumpkin until there are no visible bumps left. Add in your pumpkin pie spice, salt, and cinnamon and mix together.

Begin folding your whipping cream into your pumpkin puree mixture—be careful at this step because you don’t want to deflate your whipped cream. Once the whipped cream and pumpkin filling are well incorporated, pour your new mixture into your pie crust and keep it in your refrigerator for 24 hours. This is a great pie to make ahead so you’re not struggling the day of to complete it.

To serve, sprinkle on some additional cinnamon and either top with vanilla ice cream or a dollop of whipped cream.

And there you have it, a super simple, everyone-will-love-it pumpkin pie.

The beauty of the no-bake pumpkin pie recipe is that it can be prepared ahead of time, and it still offers the creamy and fluffy texture of a baked variety. Your guests will be more than satisfied and pleased with that fact that you put together a pumpkin pie!

Rachael Ray offers great resources on her website to help take the stress out of preparing a Thanksgiving meal. From easy recipes to helpful cooking tips, you have all the necessary information at your finger tips in order to prepare Thanksgiving dinner.