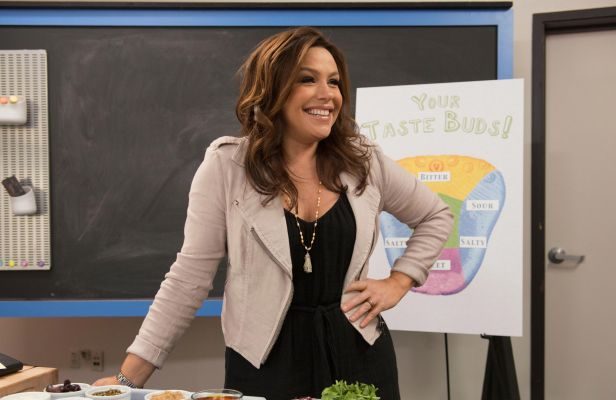 Television personality, celebrity cook, and author, Rachael Ray, is popular as the host of the award-winning daytime TV show, The Rachael Ray Show. The show recently aired an autumn fritto misto recipe from her kitchen.

Ray also shared the autumn fritto misto pic on her Instagram account, and captioned it “On today’s show, feed a crowd with this freaky good Fritto Misto.”

The show not only exhibits Ray’s culinary skills, but also brings together celebrities on screen to discuss their respective accomplishments. Ray also asks for health, lifestyle, and fitness tips from various experts on her show.

The Italian dish, fritto misto, is an indulgence for foodies who have a fried food craving. This YouTube video gives a sneak peek of how fritto misto is prepared:

You can also visit Ray’s web site, rachaelray.com, and check out other recipes.

The Italian dish, fritto misto, is a dish of battered and fried seafood, meat, and vegetables.

What You Will Need

For the batter, take a large bowl and place flour, baking powder, salt and whisk in wine and seltzer. Allow it to stand 30 to 60 minutes. Take a large towel-lined sheet pan and place the seafood on it.

Heat oil in a large Dutch oven (or tabletop fryer) to 365°F. Place flour, salt, pepper and Old Bay in shallow dish for dredging. To remove the fried seafood, set up a rack topped with paper towels over baking sheet.

Work in small batches. Dredge some of the fish, shrimp and calamari lightly then dip in batter just before adding to the hot oil. Fry to crisp and golden brown and then remove and drain on the paper towel-lined rack. Sprinkle with flaky sea salt and a little chili flake.

Next, dredge squash and zucchini, coat in batter and fry to golden. Lastly, fry herbs and sliced lemon the same way until crisp. Sprinkle the hot food with sea salt and chili flakes.

Arrange piles of seafood and veggies on butcher paper (or on a large cutting board). Scatter fried herbs and lemon slices among the seafood and place lemon wedges alongside. Serve with hot sauce.

Ray has authored the book, My Year in Meals, which offers her fans a glimpse into her own kitchen. In the book, she reveals what she cooks for her family and friends for one whole year. With more than 500 recipes from breakfast to dinner, you can enjoy some of Ray’s homemade favorite recipes.

She shares some of the dishes that she made in the winter. She says, “I realized that the dishes I made last winter were some of the most comforting, meaningful and delicious I ate all year. So, pull up a chair to my table and let’s dish down memory lane.” Ray talks about her favorite winter recipes: pasta & escarole soup, chicken curry, breakfast chorizo and eggs, shrimp with chili-lemon butter, stuffed artichokes, bean dip nachos, and jalapeno peppers.

Rachael Ray’s kitchen seems to have set the tone for autumn, and with the dipping temperatures coming this winter, you should definitely check out some of her favorite winter recipes.