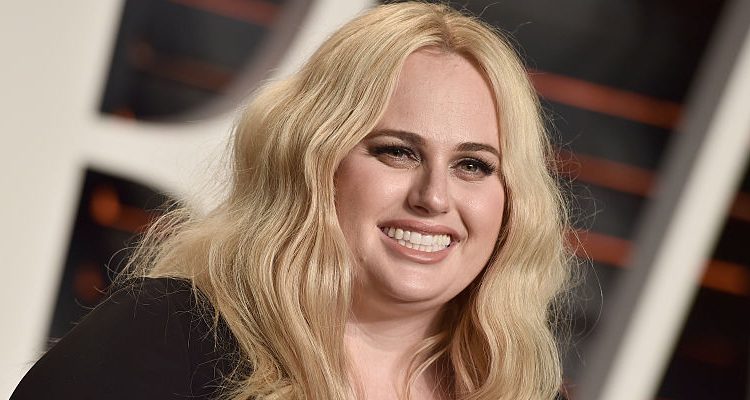 Rebel Wilson was all smiles aboard her yacht in the photo she posted to her Instagram on Christmas Day. The actress, 36, who may be best known for her unapologetically body-positive character Fat Amy from the 2012 film Pitch Perfect, showed off her recent weight loss in workout gear, captioning the photo, “Sailing into 2017!”

Wilson plans on continuing her annual tradition of watching the New Year’s Eve fireworks from her yacht while sailing Sydney Harbor. She also posted a video of last year’s festivities to Instagram.

Happy New Year!! Enjoy yourselves and keep safe!! Don't get too trashed!! Just saw a girl peeing in the bushes #HowToBeSingle

Wilson posted a celebratory photo to her Instagram this past April after dropping 8 lbs. in just four days while staying at The Ranch Malibu. The California wellness center is a favorite of other actresses such as Julianne Hough, Lea Michele, and Minka Kelly and serves as a “luxury boot camp” to help clients kick start their fitness routines with one-week sessions.  These sessions require you to stay at the Ranch and follow pre-set workout schedules and meal plans to keep you on track.

The workouts can be tough but are extremely rewarding, like the long hikes up the Santa Monica Mountains that leave you feeling accomplished once you’ve reached the peak. Food at the Ranch is mostly vegan and includes dishes like steel-cut oats and berries, Toona (a vegan alternative to tuna) wraps, and veggies. These meals are all full of vitamins and nutrients the body needs without being high in calories, which, when combined with the days full of rigorous exercise, makes dropping weight easy.

The Ranch isn’t just about weight loss, though, as the center offers massage, acupuncture, and chiropractic treatments to help relax your body and keep it functioning at its best. Outside influences are also kept to a minimum, as there is a no cell-phone rule on the grounds that ensures clients can truly focus on their wellness.

OMG just finished 4 fantastic days at #TheRanch4.0 …so challenging but very rewarding! Not to mention I lost 8 pounds from marathon hiking over the 4 days! Thanks to the amazing staff and masseuses (free daily massages are part of the program)!! Feeling great!! @theranchmalibu @fswestlake #TheRanch4.0 #theranchatliveoak

While her stay at the Ranch definitely helped her lose weight, it wasn’t Wilson’s main goal. The curvaceous actress is proud of her body type and asserts that she is much more concerned about what’s on the inside – your heart, mind, and personality. In fact, her larger figure is part of what has made her so successful. She was signed to an agency just two days after arriving in Los Angeles as her look was unique and stood out among everyone else. Not that living in such a health conscious city hasn’t had an effect on her! Wilson explains that she tries to stick to a gluten-free diet as well as drink green juices, though she isn’t super strict about it.

Rebel Wilson’s stay at the Ranch most definitely helped her lose weight, but it also helped her become healthier while still maintaining her wonderfully body-positive attitude. Here’s hoping 2017 has more great things in store for the hilarious actress!