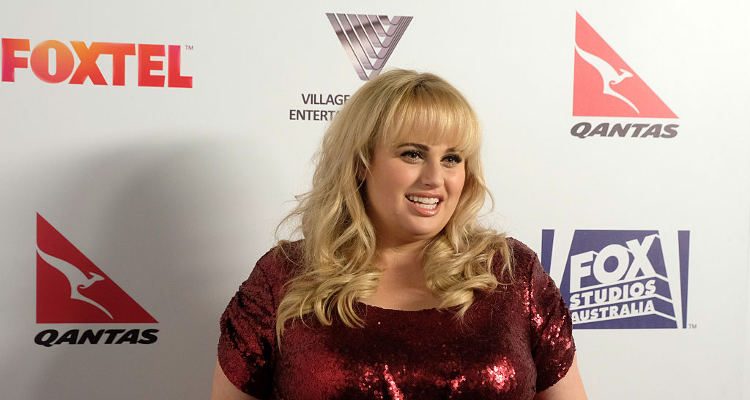 Rebel Wilson dazes the world with her new figure. The comedian lost weight and never looked so fabulous. The Pitch Perfect 3 star is showcasing her weight loss on the Vogue Australia cover, and appears to be as confident as ever!

The actress has lost 35 lbs and has stunned her fans. What is the secret to her sudden transformation? We are sure it wasn’t easy, nor was it not sudden. Read on to find out more about the starlet’s struggle.

The Australian actress followed a unique way to trim down, and that method helped her shed eight pounds in four days! Desperate to know what it is? It’s a stay at a ranch!

Rebel Wilson headed over to Ranch Malibu to focus on her health and decompress from massages and spa services. Wilson is not the first celebrity to stay at the ranch; Minka Kelly, Lea Michele, and Julianne Hough have been there, too.

A stay at the ranch requires you to disconnect yourself from the world and relax in the lapse of nature. People who want to stay at the ranch have to abide by the rules. These include restricted use of cellphones, eating simple low-calorie nutritious meals, and they also have to stick to grueling workouts.

They are put through a very rigorous fitness routine. After the tiring workout session, they are entitled to a soothing massage. During Wilson’s stay at the ranch, she enthusiastically participated in group hikes that lasted for four to five hours.

She also practiced a variety of exercises like yoga, weight training, and core exercises like leg raises, and planks. A stay at the ranch has numerous benefits like detoxification of the body, lowering cholesterol levels, and increases energy and confidence.

Recently, Rebel Wilson was spotted while walking in Los Angeles. She feels that her stay in L.A. has changed her lifestyle and she is more concerned about her health now. She said, “Living in L.A. you learn a lot about health,” Wilson said. “I now drink green juices and I’m trying to do gluten-free. But I don’t do it 100 percent – I’m not a maniac!”

Her workouts were not confined to the ranch alone and works out five times a week. She loves playing tennis and says, “I’ve been playing with a lot of retirees lately and they are very competitive but same ability athletic-wise. They’re really good.”

Wilson says she’s never felt the pressure to lose weight. She works out to be healthy, not only to trim down. “But for me, it’s just about being comfortable in your own skin,” she says. “You never want to be like too unhealthy because that’s bad. But you just want to be comfortable with who you are, whatever your size.”

Rebel Wilson sometimes shoots for 16 hours a day and really needs the stamina to endure those long days. Working out also helps her to have that stamina.