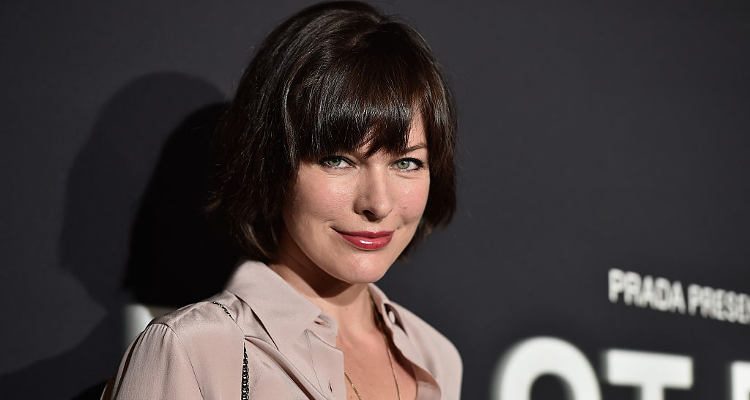 Popular South Korean actor, Lee Joon Gi, also stars in Resident Evil: The Final Chapter. During her tour, Lee Joon Gi welcomed Milla Jovovich to a dinner of pig feet! Yes, you read it right. Pig feet is regarded as a delicacy in many South Asian countries, including South Korea.

Amid her strict diet, the actress had a cheat meal of pig feet with her co-star, Lee Joon Gi. The actress Instagrammed this pic, as well as an Insta Story of herself trying this unusual dish.

Now THIS is crazy! My incredible Korean co-star -ex military, quadruple black belt, actor and pop star- @actor_jg, brought his own pigs feet to the restaurant tonight for dinner!?I mean… if he wasn't so damn cool, I would NEVER! Watch my instastory to see how it all went down! #residentevilthefinalchapter #koreandiary

Apparently, Lee Joon Gi brought his own pig feet to the restaurant. Obviously her wanted Jovovich to experience eating the South Asian delicacy. Now, wasn’t that thoughtful of him?

It’s not easy to fight a city of zombies and a menacing pharmaceutical company at the same time. But, the 41-year-old Ukrainian beauty makes it look so believable. In reality, it demands a lot of hard work and an A-1 fitness level to look like “Alice.”

So, how does Milla Jovovich prepare for the rebel fighter look? Let’s find out.

Since the character of Alice demands a militant look and vigor, Jovovich performs martial arts training. This not only helps in burning fat, but also provides her with the required agility and speed. She does full-body workouts using training methods like Brazilian Jiu-Jitsu, karate, kick-boxing, and combat training.

To achieve toned muscles, Milla Jovovich immerses herself in power resistance workouts like, one leg squats and hip extensions on the physio-ball. These staunch workouts also increase her body strength. In addition to these, her workout schedule also includes yoga sessions. The various asanas helps the actress build core stability and muscle flexibility.

Her athletic figure and tough look makes Milla Jovovich a popular choice for many action movies. With the help of her trainer, Harley Pasternak, the actress has designed a protein-rich diet consisting of three meals a day. This diet includes two snacks which are squeezed in between the meals.

Her diet focuses on three main components—protein for muscle development, complex carbohydrates for energy, and fiber for weight loss.

Owing to her intense training schedule, Jovovich needs a lot of energy, and so calorie consumption is slightly above the average female. She eats every two to three hours to accelerate her metabolism.

In spite of being a mother of two, Milla Jovovich still maintains her fitness. Her dedication to her grueling workout routine is the key to her toned and healthy figure.