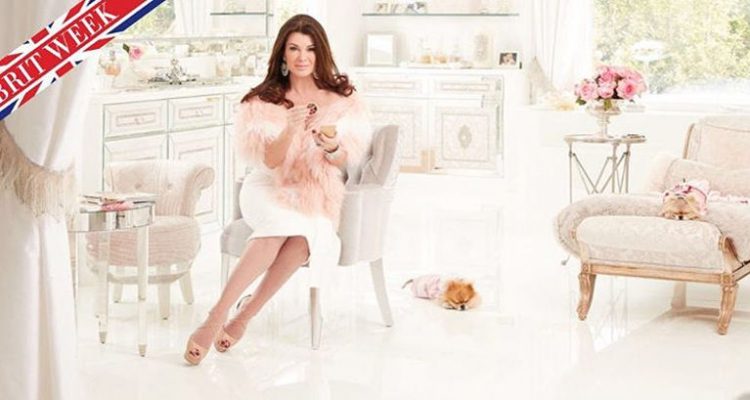 The Real Housewives of Beverly Hills season 7, is set to premiere on December 6 on Bravo TV, and stunning restaurateur and stalwart of the series, Lisa Vanderpump, is all geared up for the season. Season 7 has a cast of Vanderpump, Kyle Richards, Erika Jayne, Lisa Rinna, Eileen Davidson, and newcomer Dorit Kemsley.

The ladies recently walked the red carpet together at the Season 7 premiere party at Sofitel Los Angeles at Beverly Hills. Davidson later tweeted, “Hanging out with my #RHOBH fam at the season seven wrap party last night!”

Hanging out with my #RHOBH fam at the season seven wrap party last night! pic.twitter.com/ATDIhbmVvg

The new tag lines released has given fans more reasons to wait for the upcoming season. Vanderpump tag-lined, “The crown is heavy, darlings. So just leave it where it belongs.”

Episode 1 will show the Lisas reuniting and this YouTube video shows a glimpse of the episode. Fans can also look out for #RHOBH and follow the season updates on social media.

The 56-year-old restaurateur has an incredibly curvy shape. She probably takes her fitness regimen seriously. Are you curious about her fitness regimen? How does she maintain her physique? Keep reading to find out her diet and workout regimen.

Stunning restaurateur is committed to her exercises and she admitted, “It’s always a struggle to maintain your figure.” Her workout routine includes a cardio workout, exercising on the treadmill for 45 minutes followed up sit-ups, ab exercises, and weights.

Does the 56-year-old celebrity find it easy to work out? Vanderpump confesses that she has to force herself to exercise. She said, “I think the key over 40 is exercise regularly. You need to step it up with exercise at that age.” This is a wonderful lifestyle philosophy and worth adopting. The key is to probably be consistent with your workout regimen to get incredible fitness results.

Vanderpump likes to exercise in moderation and her workout regimen are a priority for her. She does not have a personal trainer and keeps herself self-motivated with respect to her workout regimen. She loves outdoor activities and enjoys spending time with her dogs on the beach.

Vanderpump confesses that food is her passion and that she is a food addict. She also lives by the motto, “lives to eat, not eats to live.” She said, “The hardest thing when you get older is keeping your weight down.” She admits that she has to force herself to diet. When she indulges in her beloved foods, she pushes herself at the gym the following day to burn off the extra calories.

She loves chocolates and has them on a daily basis.  She said, “I have chocolate every single day.” She added, “But in moderation.” To stay slim, she usually snacks on a mix of the chocolate with bran. She said, “I like bran flakes very much. They kind of look like cardboard or something you don’t want to eat, but bran flakes are good to mix it with chocolate … It fills you up and it is not as fattening.”

She is strict about cutting her carbohydrates. She usually cuts her carbs in the evening. She also loves to cook easy recipes and traditional English meals, which are high in protein and have healthy carbs (like grilled vegetables). She feels it is important that she and her husband, Ken, enjoy romantic meals together.

Her Instagram feeds are filled with inspiring food photos. For example this one which is captioned, “Fresh lobster and shrimp sexy pasta at Villa Blanca by #tillocheff Yumeeeee.”

A typical diet plan for Vanderpump would include a breakfast, a light lunch, and a lighter dinner. She definitely includes a bar of chocolate and may have a glass of wine.

Fans are sure to stay tuned for the season 7 of The Real Housewives of Beverly Hills. In the meantime, fitness fanatics can adopt Lisa Vanderpump’s healthy lifestyle philosophy.