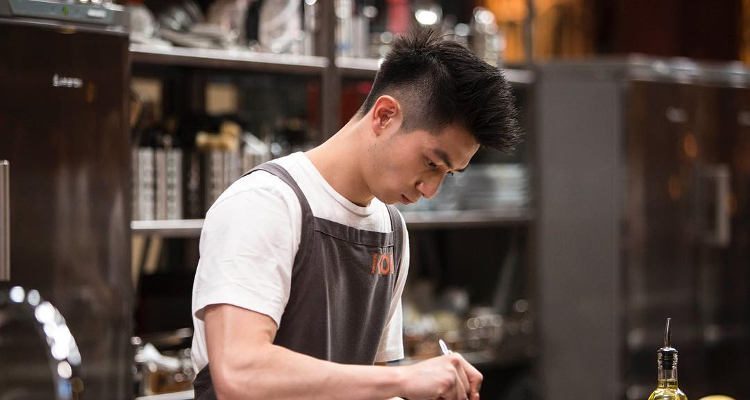 Although his parents are in the restaurant business, they didn’t want him to be a chef. So, he had to study nutrition instead. His mother is a certified trainer in commercial cookery.

He owns KOI Dessert Bar in Sydney. Poernomo’s mixture of flavors and textures, as well as his experimentation techniques, makes his dessert bar stand out. He uses vegetables and different herbs in his desserts. Some dishes at KOI include cauliflower ice cream served with lavender honeycomb and avocado mousse with coffee and chocolate.

Poernomo has also opened KOI Dessert Kitchen, which is a cooking school and eat-in cafe and takeout in Ryde. KOI stands for kids of Ike, which is his mother’s name.

In MasterChef Australia season 7, Poernomo always tried to secure a place in the top five. In one of the MasterChef episodes, he won the Invention Test challenge and the Power Apron.

He volunteered for the Blue Team in the Team Challenge and won against the Red Team. The judges consistently praised him for his desserts.

Poernomo was also invited back as a MasterChef Australiahttps://www.foodsforbetterhealth.com/reynold-poernomo-wiki-34856 season 8 guest chef for the Pressure Test, and the contestants had to recreate Poernomo’s dessert called Moss.

So, where is Reynold Poernomo now? He and his brother are currently working on opening a bar called Monkey’s Corner. The MasterChef Australia season 7 contestant says MasterChef changed his life and set him on the right path.

If given an opportunity, Reynold Poernomo would love to be a permanent judge on the show to share his knowledge with the contestants and try their delicious food creations. He wants to teach people various methods and techniques, as well as the research process required to create desserts.

“Where Are They Now: Reynold Poernomo,” Tenplay, March 13, 2017; https://tenplay.com.au/channel-ten/masterchef/show-news/where-are-they-now-reynold-poernomo.

Chan, A., “Reynold and Arnold Poernomo: The MasterChef brothers,” Australia Plus, July 13, 2016; http://www.australiaplus.com/international/on-the-menu/reynold-and-arnold-poernomo-the-masterchef-brothers/7574796.