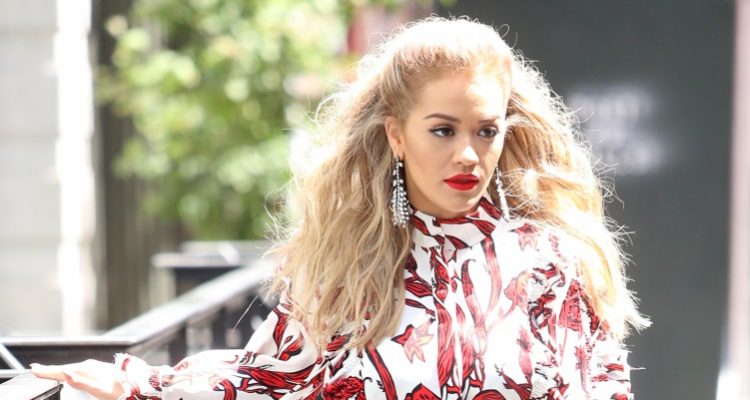 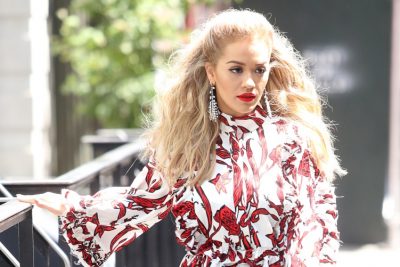 British Singer Rita Ora, originally from Yugoslavia, shot to fame in 2012 when three songs from her debut album Ora reached top positions on the UK Singles Chart. How does the 25-year-old singer and actress stay in such svelte shape?

Rita Ora’s diet and workout strategies are simple and achievable by others as Ora seems to be quite grounded and not obsessive about her diet and fitness goals.

Pop star Rita Ora is one busy woman and she knows it, but she tries to eat well when on the road-even though traveling makes keeping to a regime difficult.

Her morning usually consists of a smoothie and eggs. Breakfast is one of her favorite meals. Lunch is typically salmon and chicken, and because she’s eaten so well throughout the day, she likes to splurge and have some broccoli pasta, truffle pasta or pizza. This works for some people, depending on body type and metabolism, but for others, eating a healthy lunch doesn’t mean they can indulge in pizza at dinner. Luckily for Ora she can balance her cravings with more carb conscious and calorie appropriate fare. 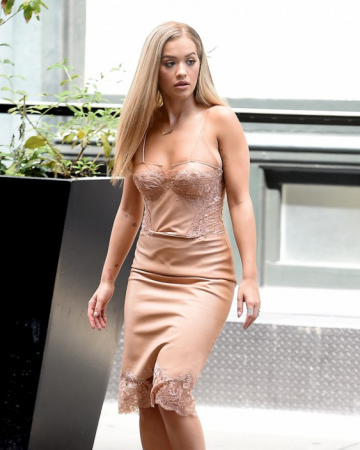 Rita Ora looks taught and slim as she struts down the street in a gold dress in New York City. Credit: Robert O’Neil/Splash News.

The Rita Ora meal plan also includes sugary, fizzy drinks of varying colors and flavors, which she confesses is one of her guilty pleasures. She jokes that she questions why some would have a green drink because she’d much prefer her sugary drink, though finishing it is optional. Portion control allows Ora to satisfy her cravings while managing them at the same time.

She loves burgers and fries, but if she has a burger, she will eat only half of it. If she’s craving fries, she won’t have the burger, so managing portion sizes and limiting herself to a couple of unhealthy options a day is also part of her secret to a great body. Rita Ora’s amazing body, which she flaunted in Fifty Shades of Grey playing Christian Grey’s sister, Mia, can be attributed to her belief that one should only eat half the food on a plate.

Short bursts of exercise combined with yoga, hiking, and Pilates is how Ora prefers to exercise. The singer says she never runs for more than 10 to 15 minutes, and that being healthy wins out over being anything else, which probably means overly toned and muscular.

Rita Ora’s weight is optimal as the singer prefers to be healthy and not skinny, saying she knows she’s not the skinniest woman, but being skinny isn’t the end goal for her, and that sends the right body positive message to young girls who are her fans.

Want to try a few moves from Rita’s trainer, Nora Alihajdaraj? The following three exercises will help sculpt a strong, lean lower body, according to her trainer: squats, burpees, and planks, three of the hardest exercises out there, but clearly they work so get your Rita Ora squat on!