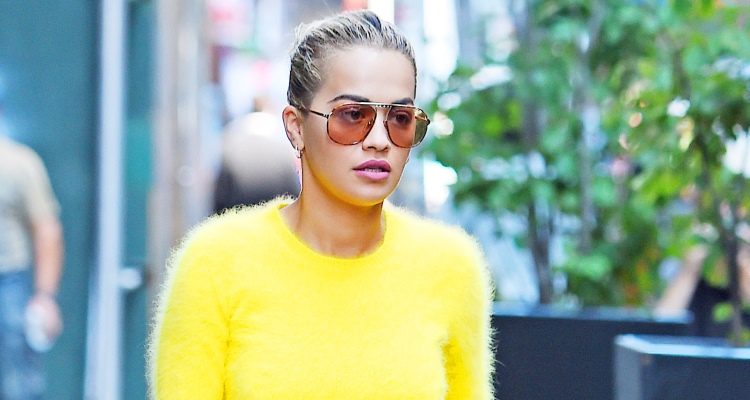 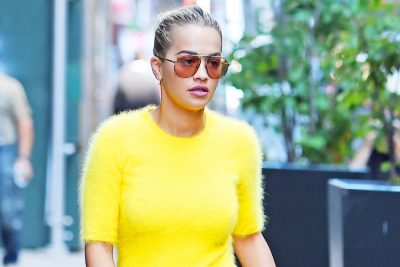 Rita Ora was pictured with a Starbucks in Tribeca, NYC as she made her way to America’s Next Top Model. “Coffee” by Rita Ora is a song she released last year, though it appears she was holding a venti iced tea. She looked stunning in an all-yellow ensemble; fitting for the summertime weather.

Ora is petite, only standing in at five feet, four inches, and with such a small frame it’s important that she maintains a healthy diet along with a workout plan. As a singer, she is often on tour so it’s important both for her performances and appearance to look and feel her best.

However, Ora has taken what may be considered extreme measures to look her best. Previously, she enrolled in a fat camp to help shed fat. Additionally, Ora may have ingested Epsom salt at the fat camp to further help her shed pounds by expelling excess water.

Other practices at the fat camp included drinking three liters of water a day and chewing her food at least 30 times before swallowing. On top of being extreme, there’s also a hefty price tag attached to this method of diet and exercising—reports show it costs £1,500 (nearly $2,000 U.S.) a night to stay there!

Ora has also been coached by heavyweight boxer David Haye for her workouts, which have allowed her to more confidently show off her solid abs. Although her methods may not be for everyone, they work for Ora. The takeaway from her extreme lifestyle may be to drink plenty of water and eat food slowly to feel fuller, faster.

Whether Rita Ora sings about coffee, or drinks some from Starbucks, no one can knock down the fact of how good she looked heading out to America’s Next Top Model in Tribeca, NYC.