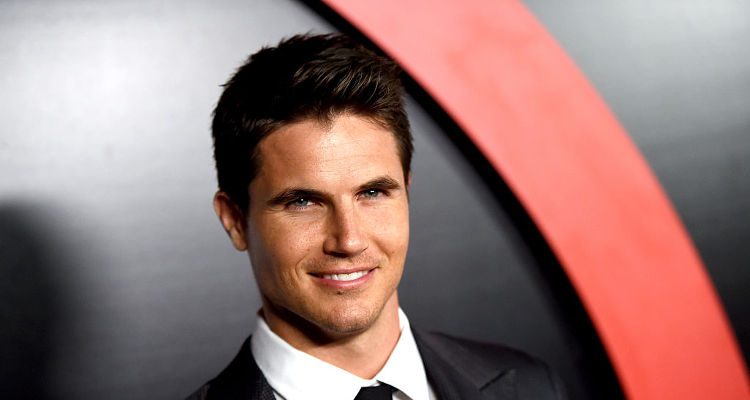 Their wedding took place in Los Angeles, and Ricci posted a beautiful picture of the two smiling and gleaming at each other.

Ricci looked stunning in her ball gown, and Amell cleaned up nicely in a suit and bowtie.

The two celebs looked amazing on their wedding day, of course, but even when not walking the aisle they manage to maintain super fit physiques.

About damn time. Thank you guys for all of the congrats and warm wishes! I dig being an Amell. ❤️

For Amell, that involves plenty of free running, and for Ricci it’s all about eating nutritious food.

Amell began free running three years ago, but unfortunately his often busy schedule prevented him from partaking in this style of training. Amell credits free running for his ability to not only stay fit, but to perform complex stunts for his many roles. For example, during The Flash, Amell is expected to perform intense jumps and other movements, which he suggests wouldn’t be possible if it weren’t for free running.

Free running stems from parkour, which is a style of training derived from military training. It involves getting from point A to point B in the most efficient way possible. Free running not only involves getting around obstacles, but moving your body freely and expressing yourself. For this reason, many free runners are known for their aerobatics and showmanship, along with their training.

Although free running is amazing to watch—and can help boost a person’s skill set—it does come with its own unique challenges. For starters, it can raise a person’s fear of falling—possibly to one’s death, depending on where they‘re jumping from.

Amell has confessed that for him, injuries are rare, and that free running isn’t just good physical training, but it provides good training for life.

Ricci is pretty slim, but doesn’t look unhealthy. That is because Ricci practices healthy eating along with regular exercise. But Ricci wasn’t always into nutritious food—in fact, during her younger years she very much indulged in pizza and fries.

Now that Ricci recognizes the importance of eating well and nourishing the body, she sticks with clean eating instead and only treats herself on occasion. Some of Ricci’s favorite foods include sardines, vegetable sausage, and she enjoys incorporating parmesan and onions into her meals.

With Robbie Amell’s fitness regime and Italia Ricci’s healthy eating, the hot couple compliments each other very well. We just hope that they become one of those Hollywood couple’s that actually do stay together for the long run.