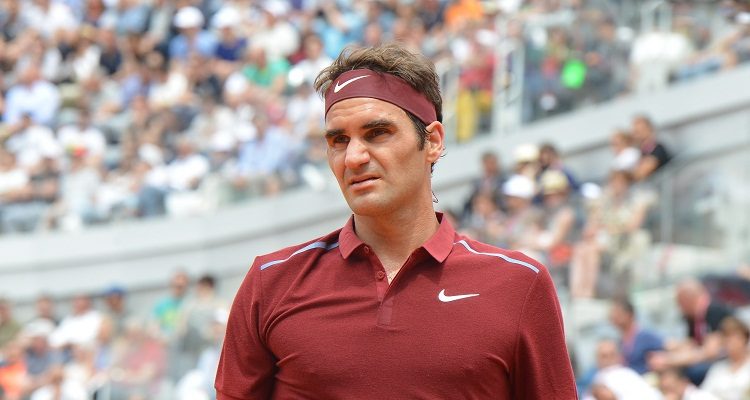 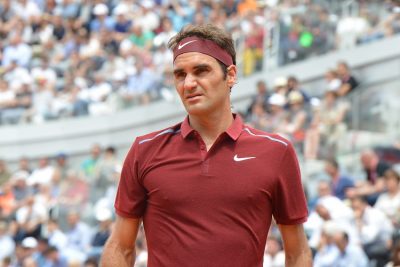 Tennis star Roger Federer and acclaimed Cosme chef Enrique Olvera cooked an elegant dinner together before the U.S. Open 2016. Vogue editor Edward Barsamian was invited to join in on the dinner party and even do some cooking with the two men at the beautiful World of McIntosh Townhouse in New York City.

Guests were greeted on the roof with glasses of Impérial Brut and octopus pibil, the chef’s offering of a palette-cleansing hors d’œuvre for the party opener, which led the way for the exquisite menu that followed.

Scallop aguachile with poached jicama accented with fresh wasabi-cucumber-lime vinaigrette was on the menu, and many of us probably cannot even fathom what that might taste like, let alone look like.

But the dishes were prepared this way with great intentions because, as Olvera explains, they wanted to make dishes that had a, “symbiotic relation [with the champagne].”

At one point in the evening, Federer assisted the chef in demonstrating the best way to garnish dishes with cilantro, slice scallops, and place serrano pepper slices on a dish.

Taking care of the ingredients is incredibly important to Olvera. Barsamian notes that the dish was expertly paired with a Moët’s Rosé Imperial, which balanced out the acidity with some sweetness. This was just one course.

The main course prepared by Federer and Olvera was spelt esquites (a type of corn salad), paired with a Grand Vintage Collection Rosé 1998, giving the pairing structure, according to Olvera, and making the other taste even better.

The final course of the evening was a chocolate zucchini cake with mint crème fraiche and cocoa nibs and Nectar Impérial Rosé, a sweet, fruit-accented champagne, to wash it down.

Although the pre-championship dinner was a success, Roger Federer was not at this year’s U.S. Open due to a few injuries, which was confirmed in July.

It is the first U.S. Open without the tennis star’s presence on the main-draw big board since 1999.

A superstar tennis player must eat like one, properly planning a diet to make sure nutrient requirements are being met in order to accommodate high-energy workouts and performances.

To maintain a similar diet for fitness success as Federer, follow these tips: