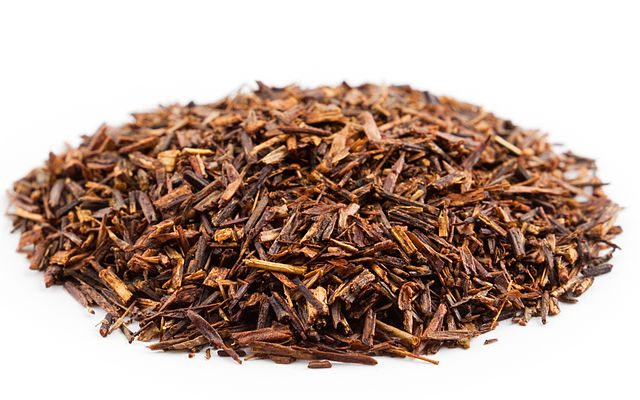 Coffee shops were one of the biggest trends to hit North America, becoming common places to schedule meetings, get-togethers, and even parties. While that trend hasn’t really died down just yet, it looks like the next big craze is here: the tea craze. Sound familiar? Tea is one of the most popular drinks these days, and for good reason: tea, green in particular, comes with many health benefits.

According to numerous studies, green tea has been shown to help fight cancer by absorbing cancer-causing free radicals, increasing the benefits of chemotherapy drugs, and preventing cancer cell growth. Other studies have found that green tea can help lower blood pressure, cholesterol, and inflammation. One of the reasons why green tea is so healthy is because it contains catechins, potent antioxidants that protect your body from diseases.

But there are other types of teas that have health benefits as well, one of which is known as rooibos tea. Rooibos teas originally come from a South African plant called the red bush, which is one of the reasons rooibos tea is also called “red tea” (though a green rooibos tea also exists).

What are some of the rooibos teas benefits?

Rooibos tea comes from the Aspalathus linearis plant in South Africa and has been used as a medicinal drink for centuries by South African tribesman. In 1772, it was “discovered” by Carl Peter Thunberg, a European botanist. A few years later, Dutch settlers attempted to bring red tea—and unknowingly, rooibos tea benefits—into the European marketplace during a period where black tea was very expensive. However, it never became popular in Europe or North America until the 1930s, when a South African mother famously reaped the rooibos tea benefits by using red tea to help her baby’s colic. Twenty years later, Japanese manufacturers advertised rooibos tea as an effective anti-aging remedy following a study that found it can help treat acne and skin problems.

Rooibos tea is caffeine-free, so if you are addicted to caffeine and need help breaking your habit, try getting used to a cup of rooibos tea in the morning instead of coffee. You’ll also be ensuring you won’t be getting any of the negative side effects that come with caffeinated beverages, such as irritability and headaches.

Rooibos tea is caffeine-free and has zero calories, sugar, and fat. It contains iron, potassium, calcium, zinc, manganese, and magnesium. Milk and sugar are recommended additions, though many drink rooibos tea on its own.