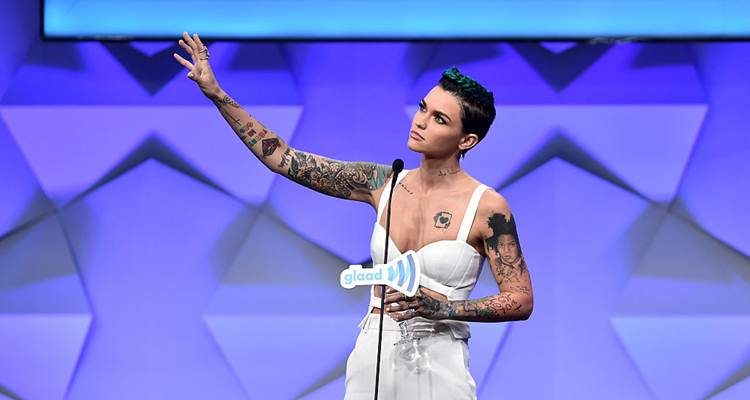 The youthful star Keanu Reeves will reprise his John Wick role in John Wick 2, which will be released in February 2017. John Wick: Chapter 2 also stars the beautiful actress, Ruby Rose.

Here is Rose’s pic after she completed 300 sit-ups, in which she displayed her ripped six-pack abs!

Reeves and Rose are preparing hard for the movie. Rose and Reeves’ intense workouts include weightlifting and weapons training, respectively.

Keanu Reeves’ training routine includes the action star firing a gun on a shooting range. He is preparing for his role as the world’s most dangerous hitman. The video has even gone viral with over six million views:

The video surely depicts the intense training Reeves went through. He can be seen passionately firing round after round. It is hard to imagine what his training routine would be like! The movie itself represents the sequences of weapon training that he went through.

The actor looks as young as stars half his age. He can play kick-ass roles without sporting a chiseled or a muscular body. He possesses enormous strength and agility. All this is because of his healthy lifestyle comprising of a nutritious diet and intense workout.

He reportedly eats rice, chicken, pasta, and vegetables. He allegedly doesn’t believe in dieting but focuses on eating clean and healthy food. He also is said to believe in portion control.

He opts for small meals throughout the day rather than three large meals. It fills him with energy and prevents him from getting hungry often. His meals are rich in protein, carbs, and healthy fats.

His preparation for the movie included little bit of judo and jujitsu and he admits to never doing it before, according to reports. He has also mentioned he hadn’t worked with weapons in a long time.

Though he had starred in various actions films, it was difficult for the 52-year-old actor to prepare for the film. He adopted some techniques to heal his body like a cold plunge bath used by high-level athletes.

Workout is a daily routine for Rose and apparently, is as important as the other chores of her life. She loves working out at the gym and feels happy after the session.

She hits the gym four to five times a week for cardio and weight training. She adores sports, especially soccer. She doesn’t feel the need to hire a personal trainer and does all the exercises by herself. Only if she has to get in some particular shape for the role does she hire a trainer.

Rose is said to be totally against dieting as she loves food. She has said she can try different expeditions. If she indulges in excess, she balances it by working out harder. She enjoys wine, one coffee on almost a daily basis, and some bites of chocolates regularly.