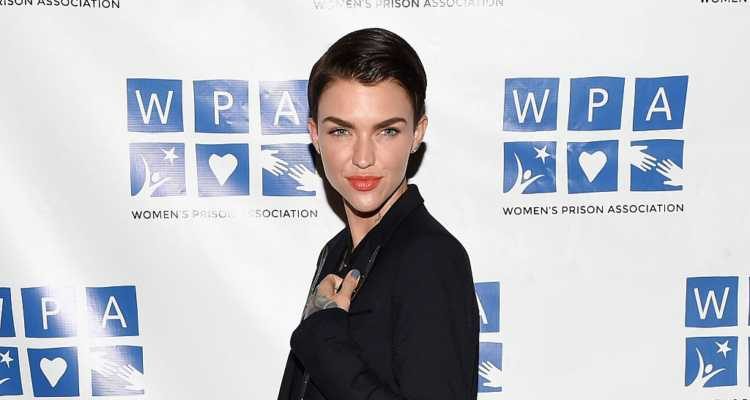 Australia has its new hot couple! It has been confirmed that actress and model Ruby Rose and The Veronicas’ singer Jess Origliasso have been dating since Oct. 31.

The Orange is the New Black star and Origliasso have reportedly rekindled their romance while filming a music video for The Veronicas’ new song, On Your Side, which Rose starred in, wrote, and directed. The couple previously dated in 2008.

Jess Origliasso, 31, says she has always had a soft spot for the 30-year-old Ruby Rose, and that they had remained friends even after they ended their romantic relationship. The couple has supported each other throughout the last eight years of their lives, both professionally and personally. They have really grown together.

Origliasso says she is proud to be with someone like Rose who is so compassionate, incredible, and ambitious. Ruby Rose’s acting credits also include Around the Block (2013) and Sheep & Wolves (2016).

Jess Origliasso has definitely chosen a very special partner. Many people have a history of commenting about the sexiness and attractiveness of Ruby Rose. Her personality also matches her sexism and curves. To stay in good shape, Rose has a healthy diet and regular exercise routine. Let’s take a look at the Ruby Rose diet and exercise plan.

Ruby Rose has a strict policy against dieting. Instead she just has a healthy overall lifestyle. For instance, breakfast may include muesli, soy yogurt, and a shake or juice with ginger. Another option is oatmeal with bananas and orange juice. Lunch includes half a tuna salad, apples, and vegetable soup, and as snacks she may eat a veggie salad with spinach and lettuce, and fruit or carrot sticks.

Dinner is usually a steak with pineapple salsa and brown rice. Other meal options include soups, curries, chocolate, and green and peppermint tea. She also avoids red meat, fast food, and processed food, and supplements with vitamin C, zinc, magnesium, and Echinacea.

How Does Ruby Rose Workout?

Ruby Rose also has a workout just as intense and strict as her diet. She works out four to five times a week, and prefers cardio and weight training. She admittedly loves hitting the gym and competitive sports like soccer. Rose constantly changes her workout routine out of boredom.

Rose performs everything from kickboxing, circuit training, high-intensity interval training, CrossFit, and an abs workout. Sometimes she will even do 300 sit-ups in one session. Ruby Rose’s abs workout has seriously paid off. Check out the Instagram photo below of her washboard abs.

Here is an example of what a workout session may look like for Ruby Rose:

Monday: Rose performs a dumbbell circuit training session with squats, bench presses, lunges, Romanian deadlifts, biceps curls, lateral raises, and rear delt raises. It is done for 15 repetitions with a rest of a minute in between rounds, for two to three rounds.

Sunday: On Sunday, Rose will go through an active recovery training session with 15 to 20 minutes of jogging.

With Ruby Rose’s commitment to her health and wellness, it is no wonder why Jess Origliasso is impressed. It could definitely be the start of a healthy relationship for the couple.

Croffey, A., “Ruby Rose and The Veronicas’ Jess Origliasso are back together,” The Sydney Morning Herald web site, November 9, 2016; http://www.smh.com.au/lifestyle/celebrity/ruby-rose-and-the-veronicas-jess-origliasso-are-back-together-20161108-gskhb7.html.