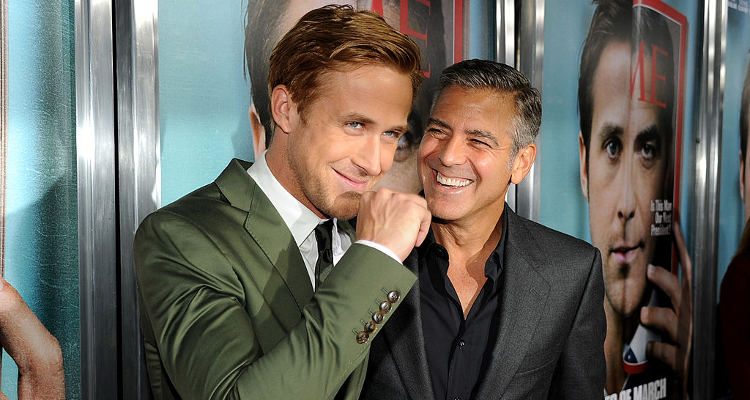 How awful when your job makes you fat, literally. Well, that might be an over exaggeration, but one thing Matt Damon, George Clooney, Jared Leto, and Ryan Gosling all have in common (other than being attractive leading men in some of the decade’s biggest movies) is that they had to gain weight for roles.

Losing weight and gaining it are common expectations for actors when they take on a role, and which way they have to go depends on the movie and character. In The Dallas Buyer’s Club, Jared Leto had to lose excessive amounts of weight for his Oscar winning performance.

And Charlize Theron put on weight for her role in Monster, which also led to an Oscar win. Method acting has its perks, but overall, most of these guys did not enjoy putting on the weight.

For Chapter 27, a 2007 movie about John Lennon’s murder, Leto had to gain an undisclosed amount of weight to play Lennon’s killer, Mark David Chapman. It’s guessed to be 60 pounds. He put the weight on by “eating everything you think you’re not supposed to: pizza, pasta, ice-cream,” he told Contact Music in an interview.

“But my little trick was I would take pints of chocolate Haagen Dazs [ice cream] and put them in the microwave and drink them. The sick thing is I would actually pour olive oil and soy sauce into the mixture as well to get me bloated even more.” He was actually warned by his doctors to stop gaining weight at one point because he was going to end up killing himself.

Leto has always had a lean frame and tends to not like to bulk up too much, except for parts such as The Joker. That role had the actor working out harder than ever before in the gym so he could sculpt his lean frame into a muscular one. He did this by doing a ton of cardio and weightlifting.

The Canadian hottie had to put on 60 pounds for a role he had, but then lost to Mark Wahlberg over a conflict with director Peter Jackson. The movie was The Lovely Bones. In a strange and nausea-inducing coincidence, Gosling also put his weight on by melting Haagen Dazs ice cream and drinking it whenever he was thirsty. No wonder few images an overweight Gosling exist online.

So how does this A-list actor keep his incredibly ripped body? There are definitely targeted upper body workouts to maintain those well-developed arm muscles and then abs workouts to keep his six pack.

George Clooney had to gain 28 pounds for his role in Syriana, and Clooney said of the experience that packing on that much weight so quickly was not nearly as fun as it sounds. “My job was just to eat as fast as I could, as much as I could,” he said in an interview with The Tech.

Normally, Clooney has a long lean frame that doesn’t seem to carry any excess weight. The silver fox stays in shape by doing a lot of aerobics, running, playing basketball, and there’s even some yoga thrown in.

Matt Damon is the exception when it comes to stars saying it wasn’t fun to pack on weight for a role. For The Informant, he had to put on 33 pounds, and he told The Daily Mail, “It was very, very easy to gain the weight,” and “It was very, very fun, probably the funnest time I had working, because I didn’t have to go to the gym after work and I just ate everything I could see.”

As with the other celebrities listed here, Damon has a great physique that he keeps toned and muscular. His favorite exercise is sprint drills because he finds them fun and challenging. They motivate him to do better and be better.