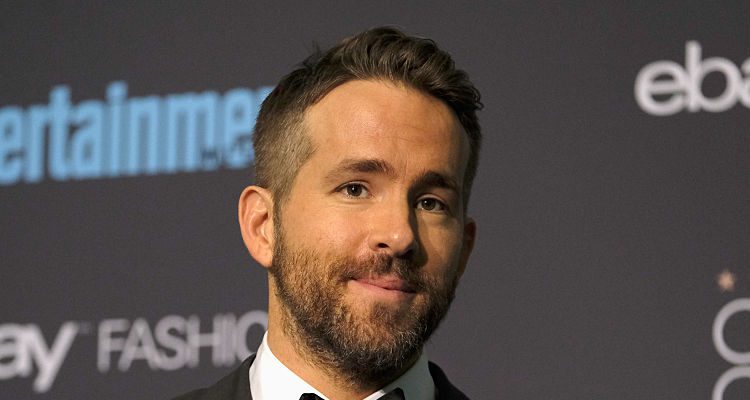 Ryan Reynolds, who starred in and produced this year’s smash hit Deadpool, is up for a Golden Globe for Best Performance by an Actor, and the movie itself is up for Best Motion Picture-Musical or Comedy.

That’s quite the achievement for a movie based on a comic book superhero, and is the first time any superhero movie has been nominated for a Golden Globe, so the honor is not going unnoticed. Last week, Deadpool won the Critics’ Choice award for best comedy.

In an interview with EW, the actor and father of two with wife Blake Lively shared what was happening the moment he heard the news: “I was staring down the barrel of one hell of a dirty diaper. I heard my phone and I knew that could only mean one thing: A family member had died. My brother finally ate it.”

Reynolds went on to say that he has been acting professionally for 25 years, and that it is a special moment to “see something that you’ve stuck with for the long game pay off. There were many times when I thought this movie wouldn’t ever be made or it would made 20 years in the future, when I’d be too geriatric to be in it.”

Getting the role in the first place was important to the Canadian born actor because he has been a fan of Deadpool all his life. To get ready for the role, Reynolds says he had to gain muscle quickly, and bulking up was essential to the role. These days his exercise routine is more about self-preservation than it is about pursuing some idealized body form for a role.

Ryan Reynolds was a hit in Deadpool and did a great job bringing the comic book anti-hero to life. The workouts he did to get his body ready were intense, rough, and very much all consuming, so much so that it took its toll on his body and mind. He even suffered from anxiety and had a nervous breakdown once shooting the movie came to an end. That’s how far he threw himself into the role and promotion of the movie.

Reynolds is committed to his fitness regime and he does it by focusing on weightlifting, ab workouts, circuit training, and strength training. He worked with longtime trainer Don Saladino to get ready for his role in Deadpool, and ended up putting on seven pounds of pure muscle.

Saladino wanted to build a good-looking physique for the actor, but there actually had to be some serious strength behind that fit body as well so that the stunts Reynolds would perform would look legitimate.

To make this happen, they spent time doing movement training every day before hitting the actual weights that bulked him up. Dead-lifts and squats were foundation exercises that Saladino had Reynolds didevery day as well.

The approach Saladino took to training the actor was to focus on one body part every day. The body parts focused on were the back, shoulders, legs, arms, and chest, with two days of rest during the week within this routine.