Home > Food Advice > Safe Water? The Hidden Chemicals Poisoning Our Water and Ourselves 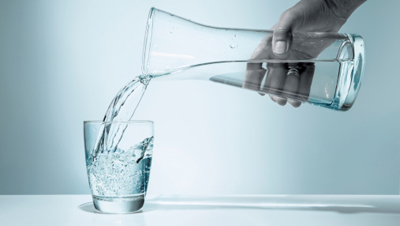 It’s surprising for most of us to imagine that clean and safe water is an issue in the United States. Our water supply is considered one of the safest in the world. We rely on public water systems to provide and treat over 44 billion gallons of water every day for our cooking, drinking, cleaning, bathing, washing, and more. But according to a comprehensive examination of the health of U.S. water by the Environmental Protection Agency (EPA), 55% of all waterways in the U.S. were considered to be in poor condition, while just 21% of the waters were considered good. Is that really so bad? I often get this question when people see the hassle I go through to get clean and safe water for my family.

Once my daughter was born, I became much more aware of the challenge of providing clean, healthy water for her, my wife, and myself. If you don’t filter your water, your body becomes the filter. I certainly do not want my family to be the filter for dangerous contaminants. Some of the dissolved solids you may be consuming include arsenic, asbestos, fluoride, lead, and cadmium.

Also of great concern is the fact that there are pharmaceutical and byproduct contaminants in our water. A study conducted by the Associated Press discovered many pharmaceuticals or byproducts, including antibiotics, anti-convulsants, mood stabilizers, and sex hormones, in the treated drinking water of at least 41 million Americans. So how do these pharmaceutical and byproduct contaminants get in our water? As an EPA representative put it, “people think that if they take a medication, their body absorbs it and it disappears, but of course that’s not the case.” Our municipal water treatments do not remove these, so they just continue to build up in our water supply.

These types of contaminants can cause dangerous health issues especially for young children and pregnant women. Currently, the federal government doesn’t require any testing and hasn’t set safety limits for drugs in water. As a matter of fact, there are many contaminants in our water which are not regulated

Part of the challenge is that our water system infrastructure is heavily underfunded and it is being strained by growing populations and economic development.

What can we do to ensure the water we’re drinking is safe and clean?

Many people install carbon filters on their sinks, or use those pitchers with filters. While this approach usually makes the water taste better, carbon filters are not effective at removing the most dangerous contaminants, such as lead, mercury, or pharmaceuticals.

The only ways I know of to remove these contaminants is through either distillation or reverse osmosis filtration. Both of these methods are widely considered very effective at removing the majority of the dissolved solids in your water, and allow you to have safe and great tasting water.

As a parent, I strongly believe it is our responsibility to protect our children from harm. They depend on us.

Sometimes, this means having to do a little research in order to make a good decision.

This article was written by David Schulhof, a Silicon Valley entrepreneur, and the founder of Living Sunlight, a health and wellness platform (launching April 2014), which will make it easy for consumers to find and get products that support a healthy lifestyle. The company just launched Stanford Water Purification System, a compact and portable water filter system using Reverse Osmosis technology. At this stage, the company is seeking additional funds to help fund volume production and obtain the necessary certifications to make this product accessible to lower income families using government subsidies. To do so, they are pushing out their first Indiegogo campaign. For every funded unit on Indiegogo, the company will donate $4 to charity: water, a non-profit organization that brings safe and clean water to people in developing nations.